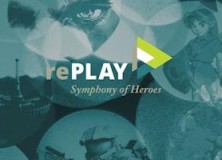 What is one of the myriad of things that come to your mind when you think of video games? Is it the awesome visuals that delight your eyes? What about the engrossing stories that draws you in? Or is it the fun gameplay that keeps you at it for periods of time ranging from minutes to marathon long hour sessions? How about the music? Spend enough quality time with a video game and the music will crawl into your ears and embed itself into your mind. Since video games have been around for 40 plus years, it is safe to say that numerous tunes and compositions have made their way into our hearts and minds over time. These beloved songs have inspired various covers that run that gamut of very distinct genres of music. Rock, metal, polka and piano are only a select few of the hundreds of covers out there for your audio enjoyment.

Video game music has infiltrated its way into the classical music scene as well. Why not? Video game music has evolved over the years just like the graphics, story and gameplay. Video game music is no longer confined to what a developer created on their keyboard or computer decades ago. Complex multi-instrumental music often fills the background of most games out there today. It is not uncommon for world tours of video game concerts to happen.

The members of the Grand Rapids Symphony are no strangers to performing compositions of video game music. Over the years video game themed concerts featuring music from Final Fantasy, The Legend of Zelda and other games have occurred at DeVos Hall. This year on February 7th, 2015, Grand Rapids was once again home to another video game concert titled rePLAY: Symphony of Heroes.

Grand Rapids own video game cover rock band Playing with Power performed in the lobby before the show. Normally, they cover songs while a projector screen is displaying the accompanying game that fit the cover. This time they performed the background music to Super Mario Bros while a man played the stages of the game. Whenever the stage changed on the game, Playing with Power would switch into the next theme of said stage. If Mario died on screen, they would start the music of that stage over. Listening to Playing with Power reminded me of how much of a variety of music was present in Super Mario Bros even back then. The player did not go through the game from start to finish stage by stage. The various secret warps were utilized since he knew the ins and outs of that game. At times, he would have to repeat the stage over and over again. It’s not like I could fair better. That game would be as difficult to me now as it was when I was a kid. Although he died numerous times, we cheered when he finally rescued Princess Toadstool/Peach from the clutches of the great Koopa King Bowser. The player finished the game inside of 15 minutes.

Afterward, the bassist Mark informed the crowd of who they were and when their next big gig would be. That very next gig will be the annual GR8bit Live!. For those who do not know, Gr8bit Live! is a video game concert that serves as a fundraiser to buy video game equipment for the Helen DeVos Children’s Hospital. All proceed go to this cause. At least 7 VGM bands will perform at this FREE event this year. Please check it out and support this cause if you can. Gr8bit Live! 3 will be a concert and convention to look forward to. Now, back to the review if I may.

Numerous folks came out to support the symphony. To say the house was packed, would be an understatement. Parents brought their kids to expose them to symphonic covers of classic to modern day video games. Couples experienced a unique date that doesn’t happen often. Single people such as myself showed up to enjoy the show. The powerful influence of video games have on generations is immense. To plunk down 30 plus dollars and higher ($46.75 for myself) to see a symphony chorus perform covers of tunes demonstrates how video games and video game music have made an impact on people. Anyone could hop online and listen to the original versions for free. Yet, everyone paid for tickets that were not cheap to support the music they love. Video games can bring people together under one huge roof.

The main concert consisted of the symphony chorus performing under a giant projector screen. The videos that accompanied each game comprised of mainly cinematic footage, concept artwork and some demo footage depending on the game presented. There was very little actual gameplay footage for each game. Brief shots of the symphony performers were spliced into the video cinematics. A brief narration chronicling the story of person on a journey to become a hero loosely tied all of the songs together in a nondescript way.

I must admit this though. When it comes down to it, video games are a visual medium. Try as I might, it would be impossible to describe what I heard throughout the concert. If you are not familiar with the songs, you will not come to the same conclusion when I describe them. With that said, I will list the songs along with my thoughts on the game or the audio and/or visual performance. On a side note, I am glad they did not perform a Super Mario medley this time around. As iconic as the game and songs are, just about everyone and their mother know those songs by now. Omitting that medley made room for other video game compositions to shine.

The video production by the Grand Rapids Symphony had a few hiccups. The camera work was shaky at times and there were awkward camera angles. At one point, the camera rested on a cellist that was doing nothing while a solo occurred elsewhere. Another time a solo was happening and the camera was scrambling to find the musician. This was distracting. Granted, there were some video flubs. It did not prevent this concert from being enjoyable. While a visual component is nice for the music, the sound of the performance is far more important overall.