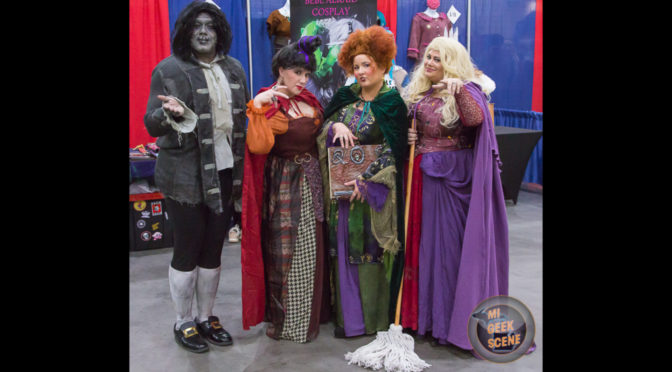 I’ll get this out of the way. As I’ve mentioned before, I’ve never had a bad time at the Grand Rapids Comic Con. It’s an event that I look forward to in my hometown each year. This year was not any different, as far as my thoughts/feeling on the event.

Pros
The GR Comic Con was the same experience, from what I remembered from my 2022 visit, and that is not a bad thing. The main features of a comic con: artists, guests, panels, vendors, costume contest, and gaming all returned. The convention was held in one central location. You didn’t have to travel far to find any of the panels, screening rooms, and gaming areas. Everything was accessible via a 5 to 10 minute walk, depending on the crowd. 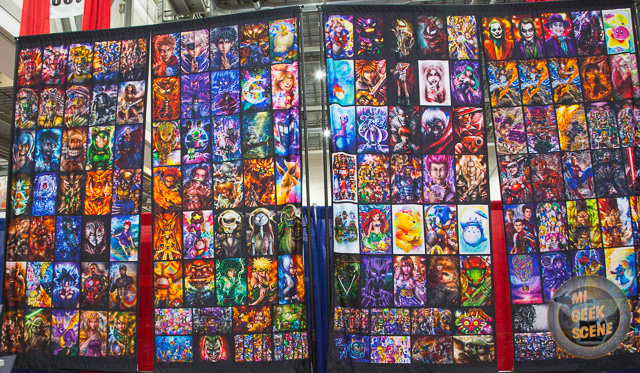 Comic artists and writers are a big part of the Grand Rapid Comic Con’s appeal. Michael Golden (Co-creator of Rogue) and Arthur Suydam, of Marvel Zombies fame, were a small part of the numerous comic guests present throughout the weekend. I’d be remiss if I neglected to mention Michigan homegrown talents such as K.Lynn Smith (For Goodness Sake), Corinne Roberts (Bug Bites), Jay Fosgitt (My Little Pony), Silodraw, C.R. Warner, Bill Embil, Christy McCulfor, and Kel Neveu were a small fraction of the 52 artists featured in Artist Alley. 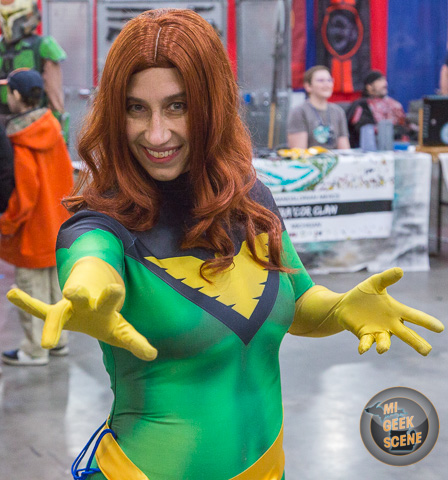 Another solid guest lineup returned for 2022. Honestly, I don’t think they ever had a guest lineup that was terrible. The show and movie reunion theme returned, this year. If you loved the awesome 90s X-Men: The Animated Series, this was the convention for you. Voice actors Alison Sealy-Smith (Storm), Cal Dodd (Wolverine), Catherine Disher (Jean Grey), George Buza (Beast), Lenore Zann (Rogue), and Chris Britton (Mr. Sinister) were present. Even the show co-creators Eric and Julia Lewald, along with director Larry Houston, and write Len Uhley were in attendance. If horror movies were more to your taste, there was a Friday the 13th/Jason Vorhees reunion. Kane Hodder, Ari Lehman, CJ Graham, Tom Morga, Douglas Tait, and Warrington Gillette were present to meet their fans. Side note: I ran into CJ Graham and I can tell you that he is a physically huge person. Super nice, I must add, too. If retro/vintage programming of yesteryear were your preference, you had the opportunity to meet Marta Kristen (Judy Robinson from Lost in Space), or Donnie Dunagan (Bambi) and Peter Behn (Thumper from Bambi).

Colleen O’Shaughnessey (Tails from the Sonic movies), Grey Delisle-Griffin (Avatar), Brianna Knickerbocker (Demon Slayer), and Sarah Natochenny (Pokemon) were the other prominent voice actors present throughout the weekend. Continuing with a Youtube guest presence, the GR Comic Con invited the crew of Channel Awesome back. The Harp Twins returned, while bringing new comers the Volfgang Twins with them for a few concert performances during the weekend. The Grand Rapids Comic Con brings a little bit for everybody with their guest lineup each year.

Once again for the media guests, there were signs hanging 30ft above them noting their location at the convention. The signs featured a picture of the guest (or character they are associated with) with their name in bold white letters underneath. If I was looking for a guest, all I would have to do is lookup and find my way to the sign above them. 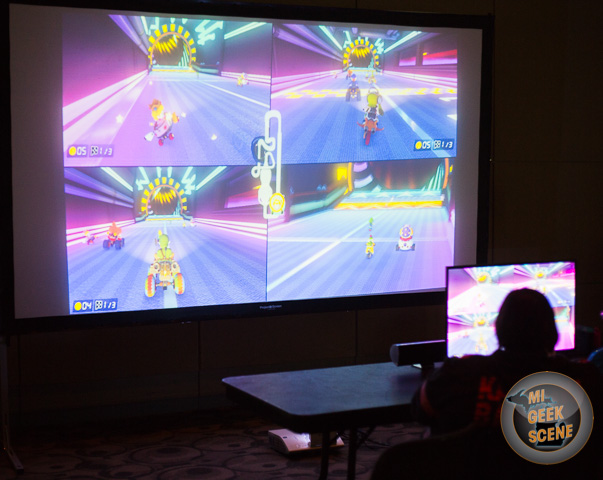 The gaming setup was top notch. The main video game room featured projector screens for a larger visual experience. There was a small area, for gaming, in the kid’s section of the vendor hall too. A starship bridge simulator returned, this year as well. If video games were not your gaming forte, there were numerous table top board and card games to choose from. There was even an area for giant board games. If you wanted to take part in an escape room with your friends, you had that fun option available. I feel that the Grand Rapids Comic Con still has the best overall comic con gaming setup in the state. 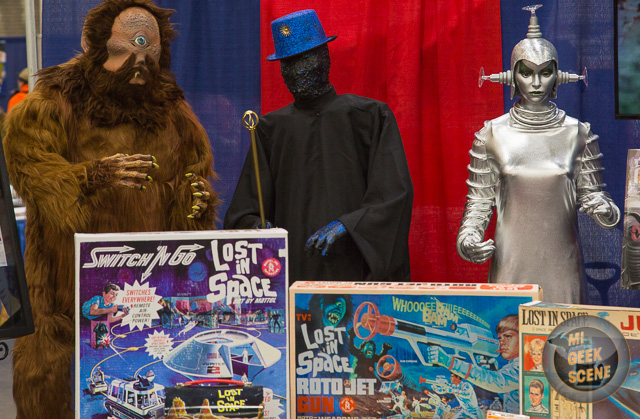 One exhibit that stood out for me was the Jupiter Experience. This experience was a tribute to the TV show, Lost in Space which aired in 1965-68. The exhibit included a full size recreation of the Jupiter 2 Flight Deck from the show. The Jupiter Experience also featured original props, replicas, and toys from Lost in Space. Even though I did not exist during its original airing, I can still appreciate getting a cool glimpse into the television history of the past. 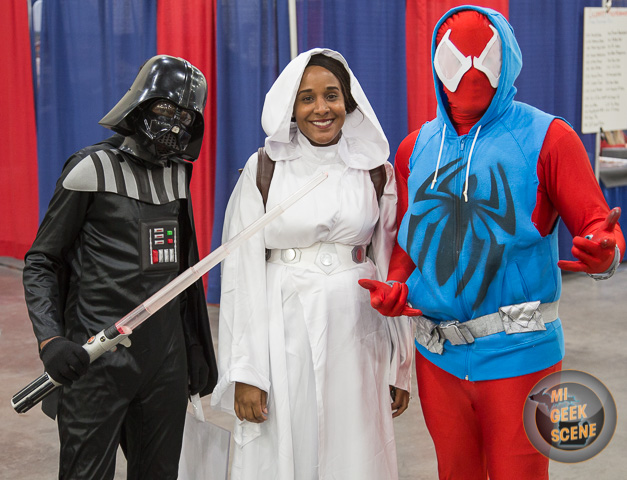 As always, the cosplayers never ceased to amaze me with their creativity. The video game Cyberpunk 2077 proved to be an inspiration for a few cosplayers. It was awesome to see a couple dressed up as Sarah Connor and the T-800, from Terminator 2. I was pleasantly surprised to see a Char Aznable, from the Mobile Suit Gundam anime. Huge props to the Tow Mater Darth Vader mashup cosplayer. Everyone I encountered did a good job with their cosplays. 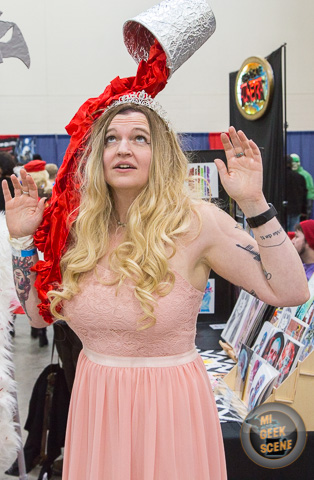 Artist alley walkways were cramped during high traffic periods. The aisles felt smaller compared to the vendor walkways. There were times that I gave up on seeing particular artists because of how crowded the walkways were. More space in the artist alley aisles would combat this issue since the whole convention hall is no longer split by the huge wall divider.

Long autograph lines that (at times) blocked off pathways and other media guest booths. Grey Delisle-Griffin proved to be a well sought out guest with huge lines throughout the weekend. I’m not knocking her by any means. However, one would have to walk around her line in order to see other guests in the nearby vicinity. I must note that the comic con staff did a good job of pointing attendees to the correct areas for the other guests. 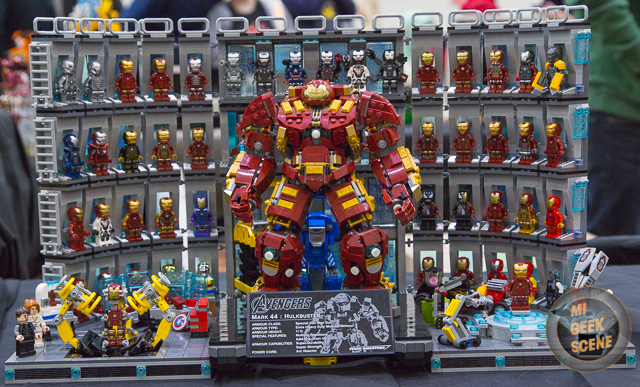 Once again, I had a great time at the Grand Rapids Comic Con. It was a great way to end my convention coverage in Michigan. As I mentioned previously, I look forward to this event each year and I don’t see that changing anytime soon. I wonder what will be in store for next year? I’m interested in finding out.