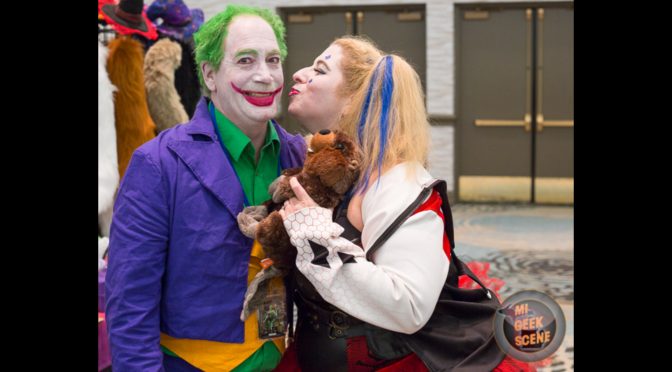 Once again, I travelled north to the Cherry Capital Comic Con. This convention took place at the Grand Traverse Resort during Halloween weekend. 2021 marked the return of the event since Covid shut down the world. How was my experience this time around? Read on to find out. 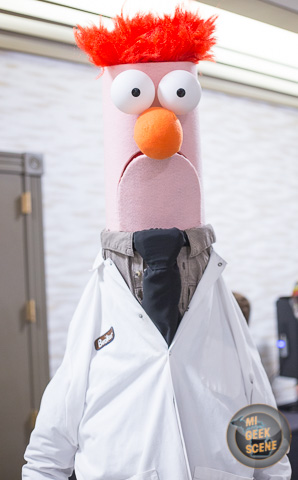 It’s been 887 days since the last time I attended the Cherry Capital Comic Con (C4) in 2019. Let that sink in. Almost 2 and a half years has passed. Far too long of an absence of convention friends, in my opinion. C4 traditionally is held during Memorial Day weekend. It was supposed to happen again in 2020. Covid had different plans for everyone. The crew of C4 were successful in rescheduling the event for the 2021 Halloween weekend. To say that I was looking forward to this event would be a massive understatement. Thankfully, C4 picked up where it left off in 2019.

C4 had the normal fixtures of a previous years: artists, guests, panels, vendors, costume contest, and gaming. I was glad to see the return of the Drink and Draw and Cherry-oke contest. These are two attractions that I have yet to see anywhere else in the convention scene. Ok, let me walk that back. I have seen Drink and Draws held by artists outside of a convention, after hours. However, such events are not officially a part of the convention schedule. Also, I’ve witnessed karaoke contests held at other conventions but they ended up being abysmal failures that did not return. All in all, C4 is a solid comic convention to attend. 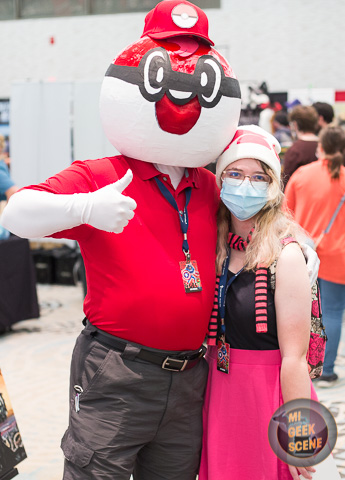 C4 is no slouch when it comes to guests. The celebrity guests for the event were Veronica Taylor and Tony Schiavone. Veronica Taylor is an actress widely known as the voice of Ash Ketchum, of Pokemon fame. Tony Schiavone is an announcer for the AEW wrestling promotion. It was a pleasant experience meeting both of them at the event. On the Comic side guests included Marvel artist (and Michigan resident) Ryan Stegman making his return. It was cool to see Bill Morrison, of Simpsons and Futurama fame. Angel Medina (Sam and Twitch, Marvel Knights) returned to C4, as well. If you played with TMNT toys during the 80s/90s, more than likely you can thank guest Steve Lavigne who had a hand in their creation. 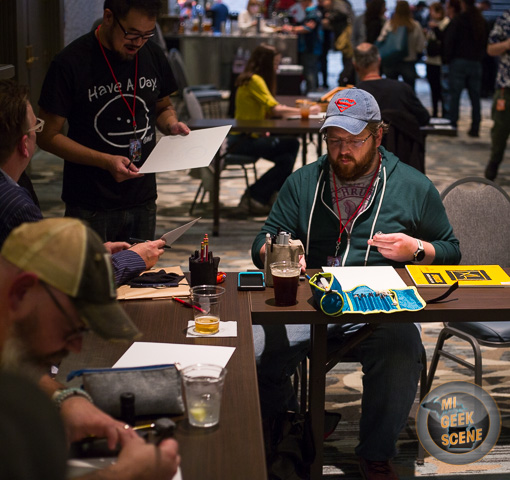 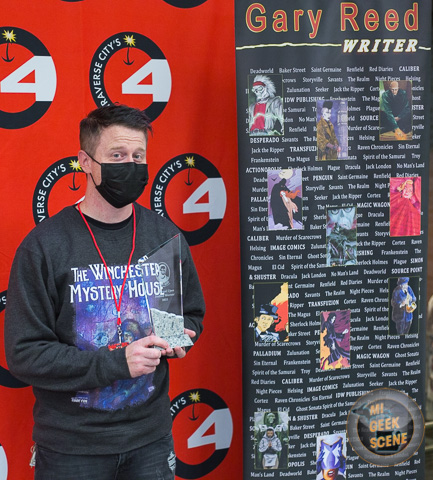 On Saturday, I witnessed Josh Werner, of Source Point Press, become the winner of the Gary Reed Independent Creator of the Year Award. To sum up the importance and meaning behind the award, I must point to the website of C4  which stated: “In addition to creating comics of their own, either self-published or through small press publishers like Caliber, the recipient of this award will be someone who also encourages, lifts up, and helps other independent creators on their journey.” Previous winner, Seth Damoose, presented the award to Josh. I wonder who will win next year? 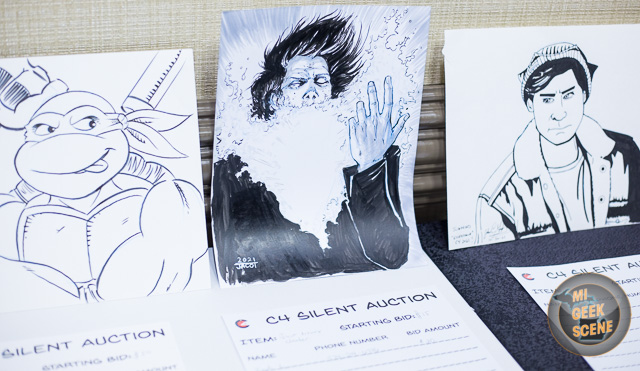 On Saturday night, the Cherry-oke contest returned. I witnessed Ryan Stegman performed Bobby ‘Boris’ Pickett’s Monster Mash. There were many cool performances of the night. During the contest, I was socializing with friends and I ran into Veronica Taylor. To say that this lady is approachable and down to earth, is putting it lightly. We had a casual conversation about life during the pandemic. Big shout out to her for being such a nice person to talk to. As I mentioned previously, a silent auction was held during this event. The proceeds from the auction went to the Hero Initiative. This charity provides medical and financial support  for comic creators. The Cherry-oke contest is always a stand out event to check out at C4. 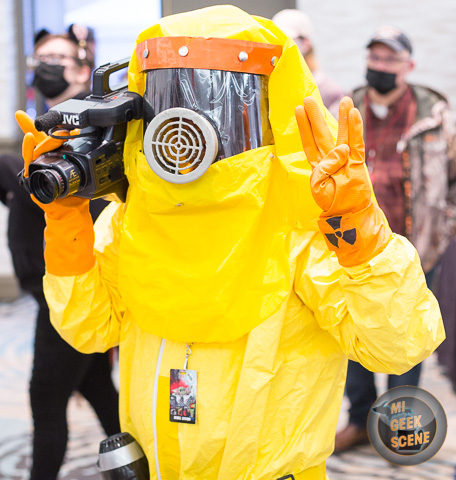