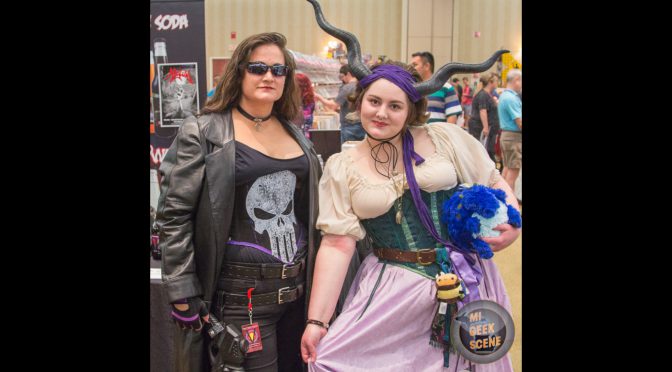 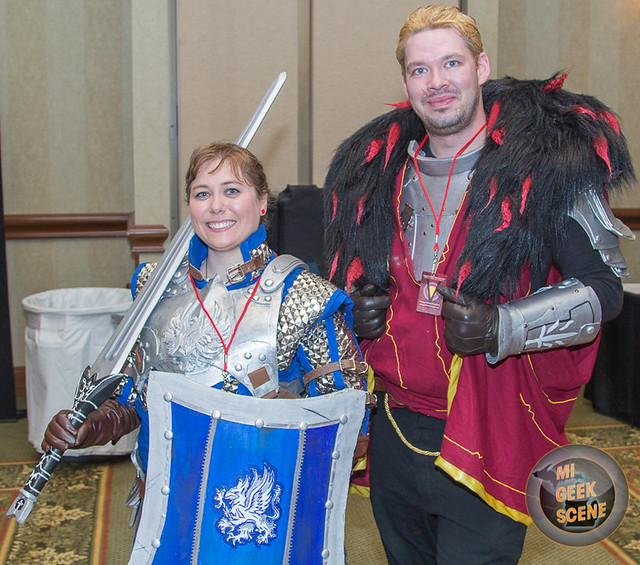 To ease your antici……………..pation, the answer is yes. Before I venture into the review, if you are curious about my thoughts on last year’s event, feel free to head over to this REVIEW. Just scroll down to the portion about the Cherry Capital Comic Con. Now that you are back, let’s continue with the review. 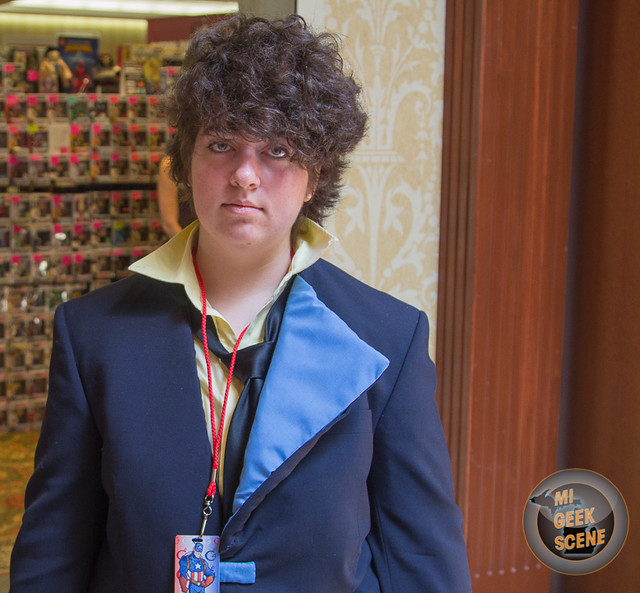 The setup for the convention was the same as last year. It consisted of four main areas, the outer hallway, the dealer’s room, the panel room and the game room. This convention provided free hydration stations in multiple spots throughout the venue. This is something I would like to see more of that at other events. Overall the setup was nice, but it had a few issues. A few of the vendors were placed in the game room along the walls. If one did not venture into the gaming area, these vendors were essentially hidden from the rest of the vendors. During the cosplay contest, the hallway was crowded due to the sheer volume of people present. I feel the cosplay contest could relocate to the panel room to alleviate the hallway crowding issue. Also, the entrance and exit were the same thing. The hallway was blocked off by two or three tables to provide an opening that was wide enough for people to come and go. However, attendance for this year felt higher than last year and the high volume of traffic would create a bottleneck experience. I would suggest separate entrances and exits. A few tweaks with the setup formula will help out next year. 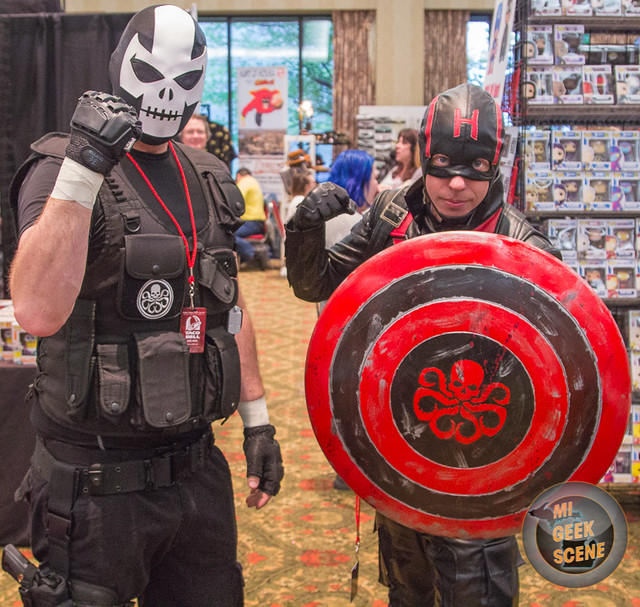 The guests for the event were Peyton Wich and Cooper Andrews. Peyton Wich played the bully Troy on Stranger Things. Cooper Andrews played Jerry from the Walking Dead series. While I didn’t attempt to arrange an interview with Peyton, I did talk with him briefly and attended his Q&A panel. From my interaction and observation, he seemed like a humble teenager. The guests made themselves available even when it wasn’t time for autographs and photos. 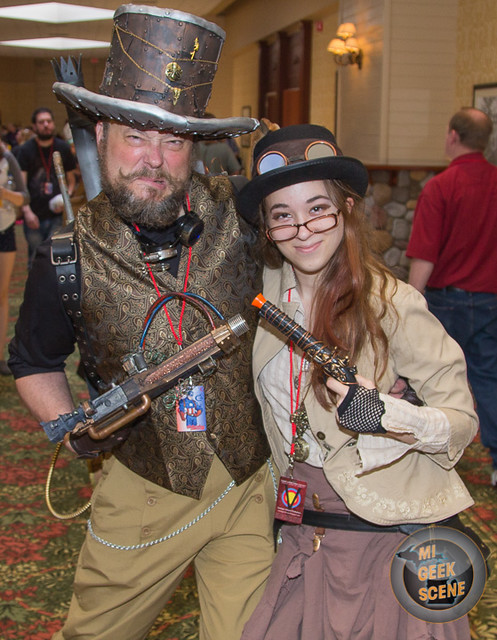 The social atmosphere of C4 stands out to me. On Friday evening, The Drink and Draw was a gathering of artists, guests, and attendees in a laid back mingling atmosphere. A few select sketches from the Drink and Draw were donated to the charity silent auction. A moment of silence was held for Steve Dillon, along with heartfelt words and a toast to his memory. Steve Dillon was not only the artist of the excellent Preacher series but a big supporter of the Cherry Capital Comic Con. The Drink and Draw was named after him. I wish I would see more of this social vibe at other comic cons. Then again, that vibe makes C4 stand out. 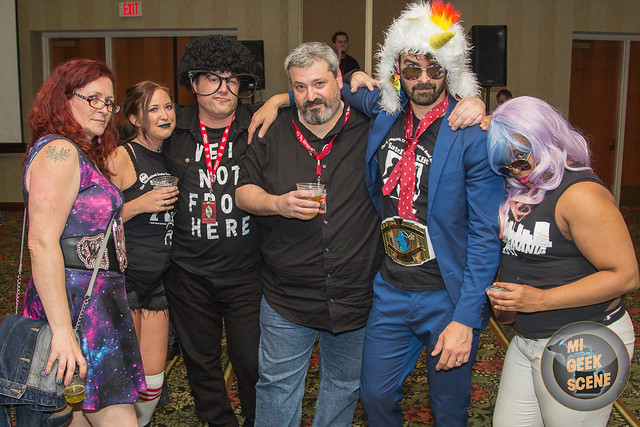 On Saturday evening, the charity karaoke took place. Silent auctions were held for various art pieces from the various artists which included Marvel mainstay Ryan Stegman, Michigan native Tony Miello and comic wonder duo Comfort and Adam. Proceeds from the charity were donated to the Hero Initiative, which provides medical and financial support for comic creators. This is a very worthwhile charity considering that most comic creators are often work for hire freelancers. During the Karaoke charity, Dirk Manning and Dan Dougherty paid tribute to Chris Cornell. Chris was the vocalist/guitarist of highly influential Soundgarden. Sadly, Chris passed away on May 17th. The fitting tribute song was Hunger Strike by Seattle super group Temple of the Dog. I watched an excellent cover of White Rabbit (Jefferson Airplane) which was spot on. Shout (the Isley Brothers), Brandy (Looking Glass) and Bad Reputation (Joan Jett) were a few of the songs performed that night. I made my exit during All Star by Smash Mouth. 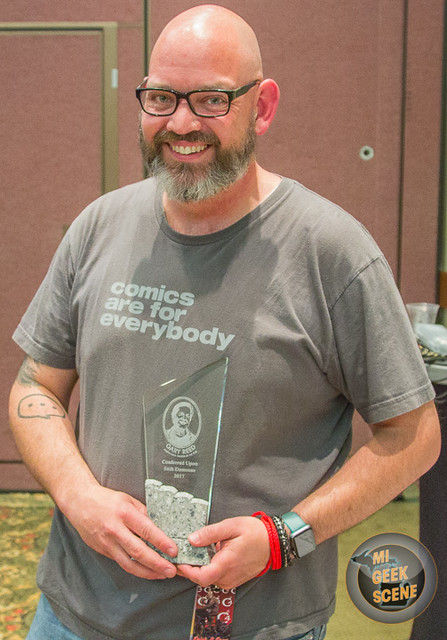 The Gary Reed Independent Creator of the Year Award presentation was a new event for C4. Gary Reed was a prolific comic creator. He also founded independent publishing company, Caliber Comics. Sadly, Gary passed away last year. The award (in his honor) was created to celebrate independent comic creators who (according to C4’s website): “In addition to creating comics of their own, either self-published or through small press publishers like Caliber, the recipient of this award will be someone who also encourages, lifts up, and helps other independent creators on their journey.” The finalists for the event were Joe Pruett (Negative Burn), Seth Damoose (Tales of Mr. Rhee), Travis McIntire (Source Point Press) and Dirk Manning (Nightmare World). Seth Damoose was the recipient of the 2017 award. 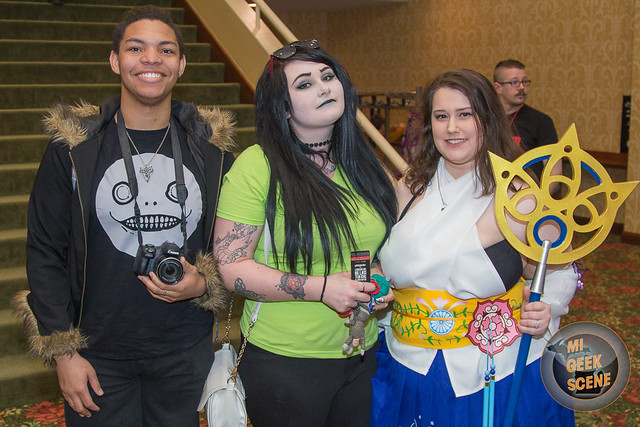 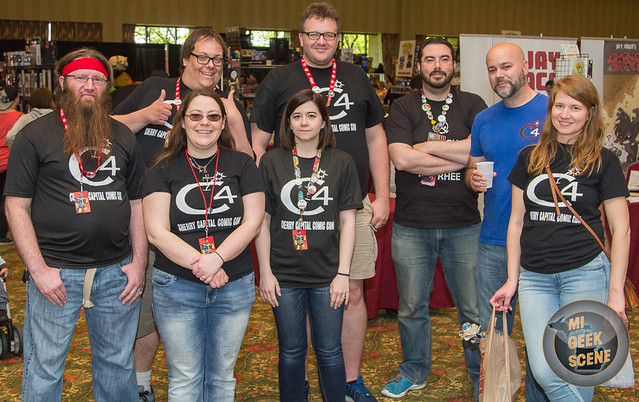