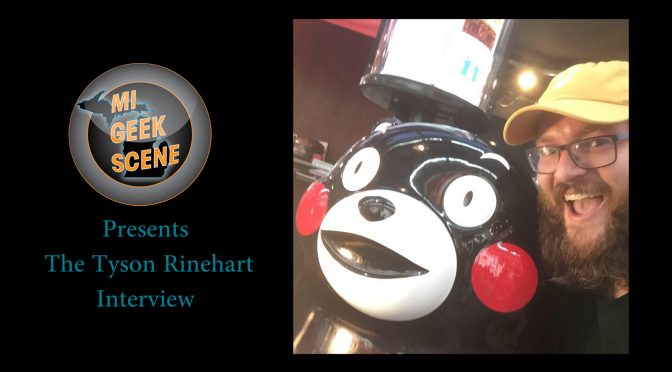 I’m going to be honest. Tyson Rinehart is one of my favorite guests to talk to. He is a voice actor, ADR scriptwriter, and a musician. He can be found in Hinomaru Sumo (Ozeki) and Steins Gate 0 (Daru). Now that we got the typical intro out of the way, let’s get into what this awesome interview was about. Want to know about the hilarious show Backstreet Girls: Gokudolls, British Comedy, Mtv’s The State, his albums with Bullet Machine, DIY Punk shows, and so much more? Then this is the interview for you. Sit back with this one on in the background and enjoy.

Check out his band, Bullet Machine at:
https://bulletmachine.bandcamp.com/