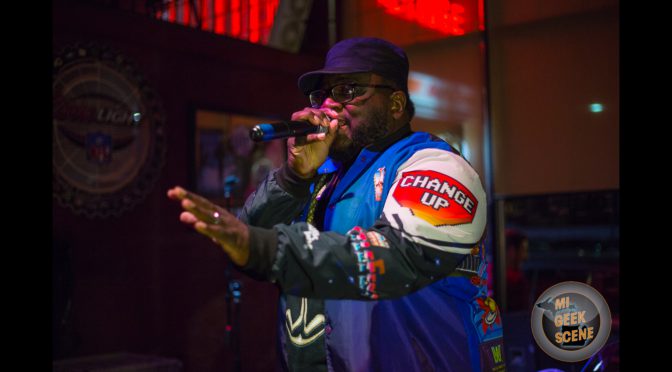 My favorite rapper, Mega Ran, returned back to Michigan. How did the video game hip hop show at the New Dodge Lounge go? Read on and find out. 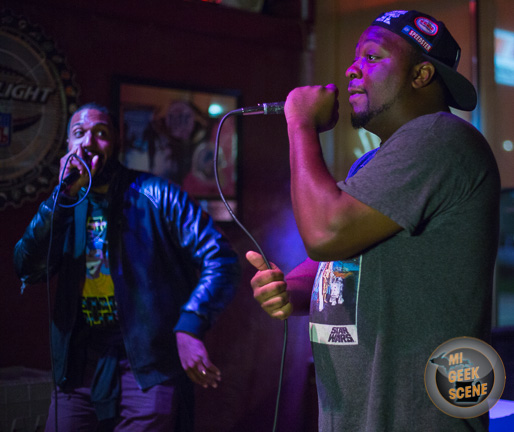 Snesei opened up the show with chip tune electronic dance music. When mixed right, video game tracks and dance beats gel so well. Snesei achieved that right mix. The Funky Fresh duo of Son of Andy and the Freestyle Fanatic took to the the stage to get the crowd hype with their unlimited energy. At one point, Son of Andy was throwing out brand new 3DS games into the crowd. This included The Legend of Zelda: A Link Between Worlds. I would say that’s a nice bonus for attending a hip hop show, on top of the good music. Up next, Michigan beat maker extraordinaire, Mark Cooper, performed songs off of his nerdcore album, I Am Player One. Throwing in tracks from his Saturday Morning Cartoons albums complimented his set too. At the end of his set, he invited Mic Jack onstage to perform their awesome song “DayDreamin“. The socially conscious Microphone Misfitz brought songs of empowerment and thought provoking lyrics to the audience. At the end of their set, one of the MCs and a bboy were having a bboy battle (break dancing contest). 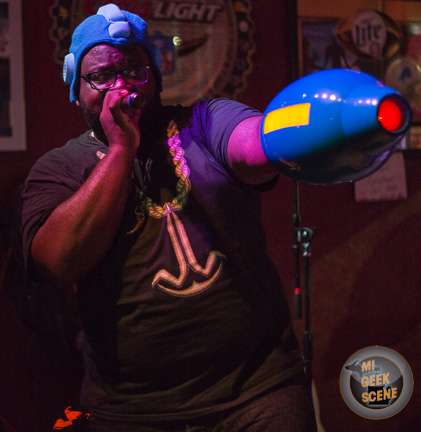 After the bevy of talented performers entertained the crowd, Mega Ran closed out the night with chip hop goodness. His album RNDM was a reoccurring theme throughout his set list, which included songs like “O.P”, “Infinite Lives”, and “Your Favorite Song”. Final Fantasy based songs, “The Ruler’s Back” and “AVALANCHE” made me bob my head to the beats. Mega Ran did a unique take on his usual freestyle performance. Instead of freestyling on random items provided by the crowd, he asked for their first name and freestyled off that. During his set, he performed his collaborative effort “B Fine” with Noveliss That track is off of Noveliss’ new album, Cerebral Apex. It wouldn’t be a Mega Ran show without some love for Mega Man in the form of the songs of “Wily” and “Splash Woman“. To close the show, Mega Ran invited the Microphone Misfitz to perform the Sugarhill Gang’s Apache. That song always reminds me of the Fresh Prince of Bel Air. I’m always glad to watch Mega Ran perform whenever he comes to Michigan. If he comes to a town near you, he is worth the drive. It was certainly worth the two hour plus drive for me.

Enjoy these photos from the show
Alternate Gallery Link
https://www.flickr.com/photos/migeekscene/albums/72157673470187958