The emergent anime convention, Macomb-A-Con, returned to Macomb Community College on April Fool’s Day in 2017. Last year I attended the one day event to see what the new convention had to offer. The convention provided a good time but it certainly needed some polish. How did this year compare to last year? Did they listen to the feedback from 2016 to improve? Or did they flop? Find out in this review.

If you are interested in my thoughts on the 2016 event, check them out here. 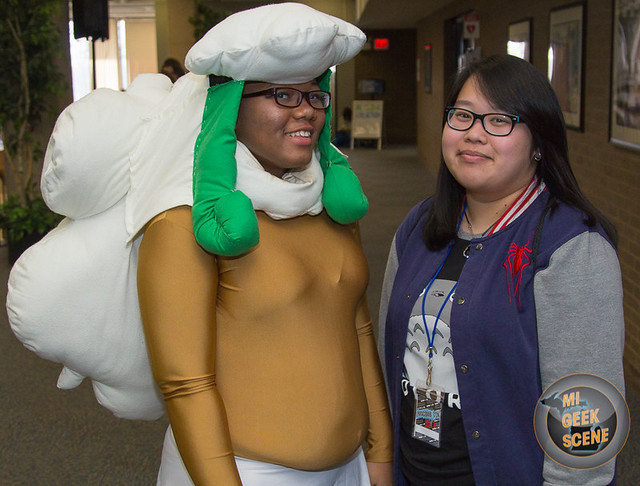 I’m going to flat out state that Macomb-A-Con 2017 was a striking improvement over 2016. Moving the event from Friday to Saturday was a wise choice. This year, Funimation and Crunchyroll were on board with helping this convention. Funimation provided giveaway prizes. Crunchyroll granted permission on streaming anime series throughout the day. A marked improvement over last year, for sure. 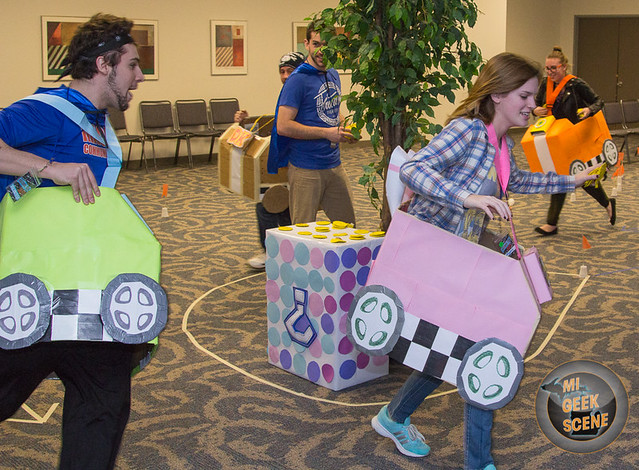 This event featured a unique event, live action Mario Kart. The staff created homemade go karts that were based on Luigi, Mario, Peach, Yoshi, Daisy and Donkey Kong. Contestants placed the karts on themselves and would run around the track collecting gold coins. This was literally a form of video games and exercise happening simultaneously. I would love to see this event come back.

The vendor room was split into two sections this year. The main vendor area was spacious. The other vendor room was attached on the side with a sign pointing out its location. Last year, all of the vendors were placed in one room. I realize that allowing more vendors can place restrictions on space allotments. However, the additional vendor room felt hidden. Throughout the day, anime soundtracks were playing throughout the day in the vendor room. I feel that adds a pleasant and immersive feel to an event. 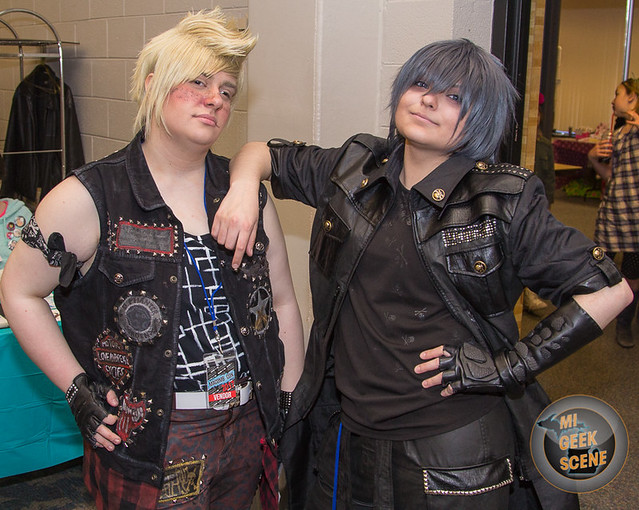 If you were interested in video games, Macomb-A-Con offered an impressive gaming experience. This year, the video game room featured up to date systems for everyone’s enjoyment. I was not expecting to find the new Nintendo Switch with the Legend of Zelda: Breath of the Wild but there it was in its open world glory. Another staff member donated their virtual reality set for people to experience. The game room from last year was no slouch in comparison. However, this year’s game room was even better.

Once again, the cosplay contest was awesome. A memorable skit from the cosplay contest featured Solid Snake and Otacon. Snake had infilitrated Macomb-A-Con because he thought Metal Gear was there. Otacon warned Snake to watch out for cosplayers. Snake encountered a Dragon Maid and died from cuteness overload. The cosplayer even echoed the death scream from the game. The awesome audience participation is one reason alone to attend the cosplay contest. While waiting for the final decision, the crowd joined together to sing the 1st theme song from Pokemon. Everyone was having fun and being supportive of one another. These are the things that I like to see. 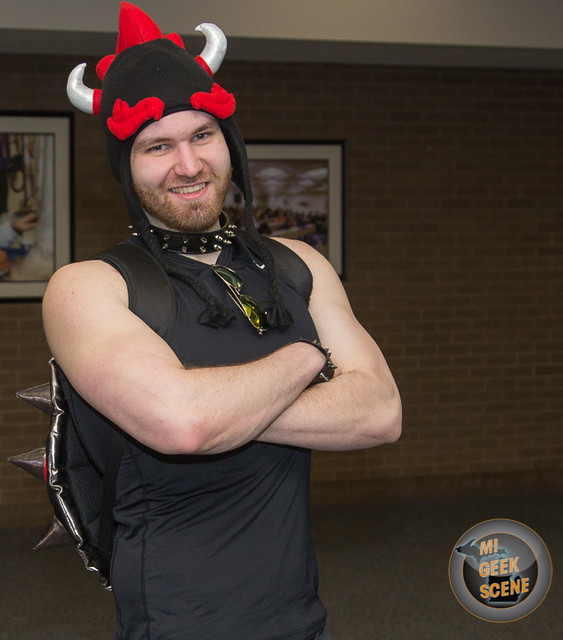 An area of improvement that I would suggest for next year: a scheduled list of what’s playing in the screening room. Similar to the first year, staff were taking suggestions from the audience on what to play. A scheduled list featured either on the outside of the room or in the program would be quite helpful. Walking into a screening area with no idea of what’s playing can be confusing. 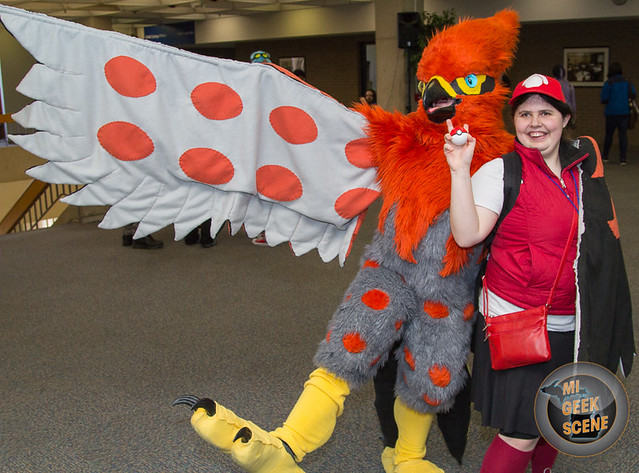 Considering the improvements that Macomb-A-Con made during the second year, I can see myself returning. I feel this event can certainly grow and improve with each year. I would like to thank the staff for having me back again. All in all, this is an event to watch out for in the coming years. Good job, Macomb-ACon. Good job.