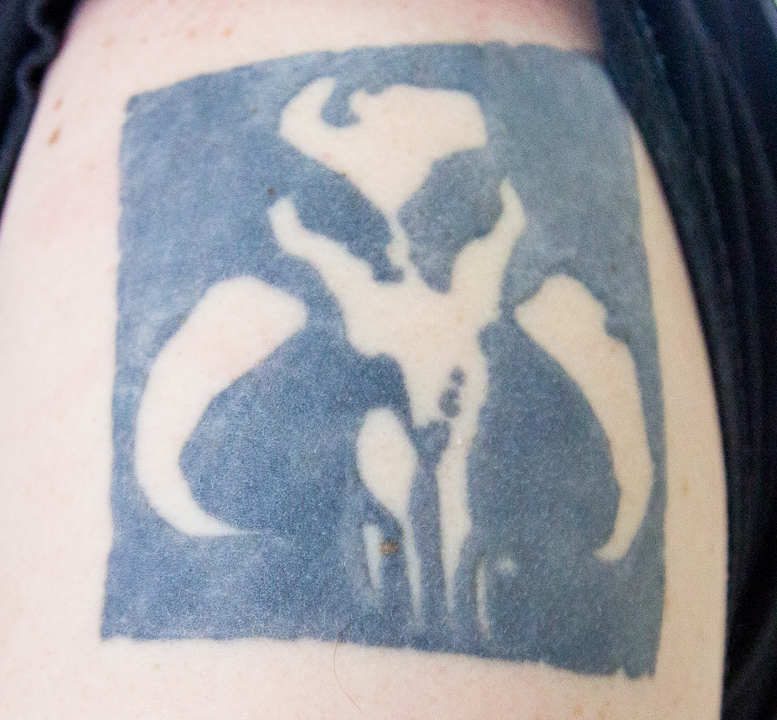 Basically, I wanted a geeky tattoo but I didn’t want an overtly Star Wars tattoo. So I actually got one that if you were a true Star Wars nerd, you would know what it means. It is the Mythosaur from the Mandolorians which were the race that the Fetts, Jango and Boba, belonged to. 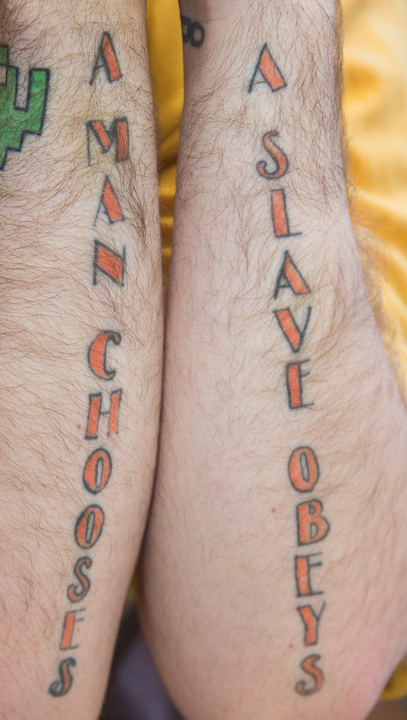 The Bioshock Chains and the quote
The quote (to me): “A man chooses, a slave obeys” helped me get through a lot in myself personally. I could either choose whether I can be told what to do with my life or do what I want to do with it. I wanted that quote to show that. Done at Rising Phoenix. 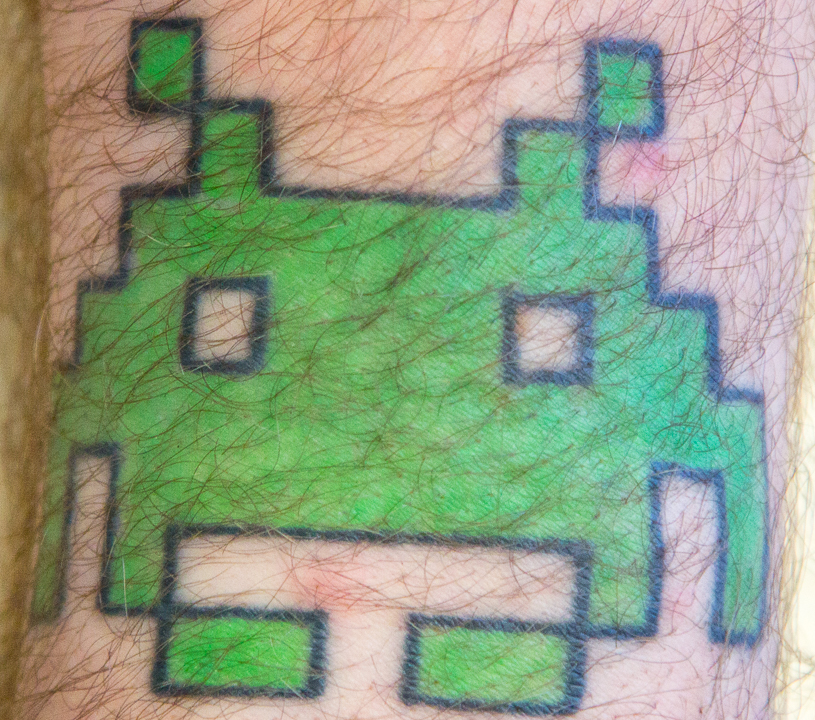 The Space Invader
It was one of the main games I played as a child having an old system. Its easy to play and it was more of a nostalgic piece than anything. Done by Nate under Art and Soul in Portage

The Iconic Legend of Zelda hearts
It’s my favorite series. Done by Nate under Art and Soul in Portage

The music notes, from Majora’s Mask, are the Elegy of Emptiness.
If you’ve ever played the game, he uses the song and it calls upon empty shells to help him through his journey. That feeling of emptiness but still being able to be used for good things is what I really like through the portraying of that song. Done by Nate under Art and Soul in Portage

My tattoo is a blue four peg Lego brick with a banjo pick and a button layered in to some recollection of the shape of a heart (if you squint).

My Lego is my most important and beloved tattoo, it represents my son. He was five at the time and utterly devoted to Legos a state I can safely assume he will always remain static in. I chose the blue four peg because in my mind it’s the most iconic/important of the Lego bricks. There are a lot of people who would disagree stating that the eight brick is more common, and yea they are right but, never as useful as that four peg. The four peg is that saving grace at the bottom of your pile waiting to fill in the gap of your wall, sealing the hull of your rocket and giving you the limitless possibilities of your minds eye. Legos are the physical representation of daydreams and of those fantasies made  plastic reality the four peg rules the day. As a child I played with Legos over all my other toys, being the youngest everyone was easily faster, bigger, stronger, smarter than me but I was never out built. My imagination ran wild and all that could ever contain it was a sturdy castle made of colored bricks. I’m never going to give up that wonder and, I know that my boy won’t either. So when I think of him and our bond together a blue four peg lego was just the piece I needed. 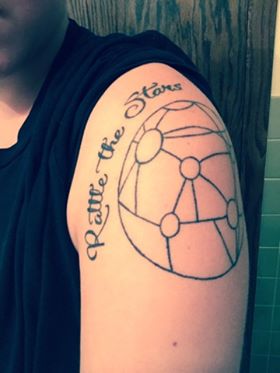 My tattoo is inspired by Disney’s Treasure Planet, a film that means a great deal to me. It is an image of the orb from the movie which is actually a map, and above it features a quote from the movie, “Rattle the Stars”

The idea of an adventure has always been thrilling to me and I believe that growing up watching Treasure Planet over and over again has been somewhat of a motivator throughout my life. My tattoo is a reminder to myself to hold on to my sense of adventure and aim to “Rattle the Stars” 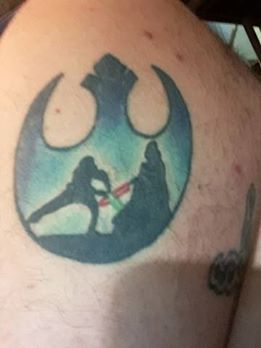 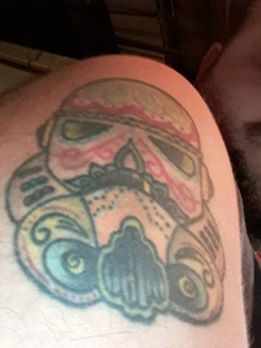 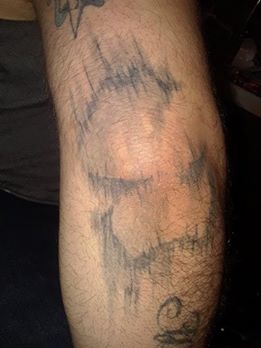 All of the star wars related tattoos are there to help remind me of the good parts of my childhood, growing up low income in an abusive household  there wasn’t much to look forward to so my siblings and I would escape from the real world with star wars. 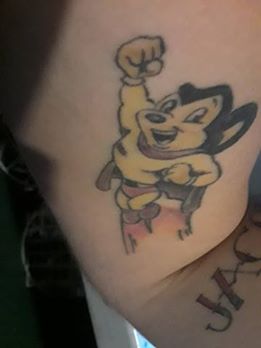 The Mighty Mouse represents my grand father, his nick name is mighty mouse. He is the reason I’m the man I am today and why I like to be so giving and helpful. 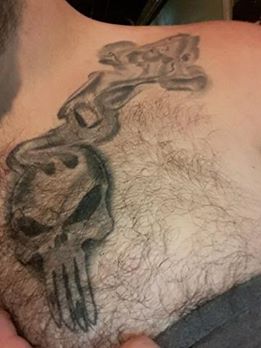 The Punisher with the smoke helps remind that the world is a cruel place and any moment can be your last so live life to the fullest every second.

Once again folks, do you have an awesome geek tattoo that you want to share on MIGeekScene? Click on this sentence to find out how.