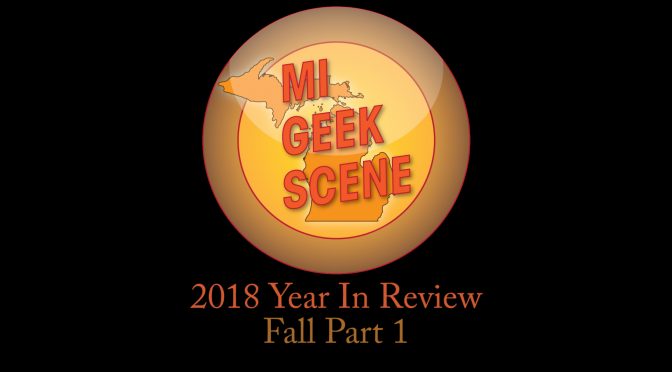 Fall is my favorite season of the year. A little chill in the air to bring out comfortable hoodies. People go crazy for pumpkin spice in everything for some reason. The event season starts winding down before the really cold weather kicks in. People enjoy their last major hurrahs with con friends before being swallowed up by the holiday season. What did I encounter during my favorite season?

Mega Ran is my favorite rapper. This interview was almost two years in the making. I first approached him about an interview on Halloween 2016. He seemed like he would be down for one the next time he came to Michigan. He came back in 2017, but the convention he was at was not allowing interviews due to scheduling issues. I figured I would have a potential opportunity at MAGFest 2018, but that fell through due to his concert in Japan. I must note that he was not blowing me off for any of these interview opportunities. Some circumstances and barriers were out of his control. With that being said, good things come to those who wait. I was able to revise my interview questions and create a better version.

This interview was worth the wait. He’s known for writing songs about video games (and much more). I’m glad I got to tell him how much I loved his Forever Famicom album. While we talked about video games, I wanted to cover comic books, anime, the NPC Collective, and pro wrestling too. He was surprised that I knew about some of the anime shows that he’s enjoyed in the past. Hearing the origin story of the Nerdy People of Color Collective was inspiring. I agree that representation is important and I would love to see more at conventions because geeks come from all backgrounds. As a fellow wrestling fan, I’m glad I got to pick his brain about his love for pro wrestling. This was a very enjoyable interview. With that being said, I already have more questions in the wings for a second interview.

I appreciated that he stated that my interview was one of the best he’s had in a while. Receiving high praise from a musician that I respect is very validating. I even got a shout out in his newsletter.

I had a lot of fun conducting this interview with Dave the Knave and Sir James. The man behind Squire Paul was unable to participate in the interview due to a scheduling difference that weekend. We came up with the idea of Squire Paul becoming the silent tripod to hold my camera as we filmed the interview. It was a nice comedic trope that weaved it’s way through the interview. Comedy was prevalent throughout the interview. I laughed a lot. I marvel at their improv skills. This was an enjoyable conversation that made the my list of favorite interviews in 2018.

Huge shout out to Dave and Jamie for being really fun guests to talk to. They are very inspiring because they took an idea and created a comedy staple in the Renaissance community for the last 17 years. That is very impressive. Fun fact: They told me that they would have me on their podcast when they start it back up. I will gladly talk about the Rurouni Kenshin movie trilogies with them. I look forward to it.

For those in the know, the Amazing Flec is an all around good guy in the performance community. While doing research on him, I was shocked to see very little about him interview wise. That’s a shame since he is extremely talented and more people should know about him. With that being said, this interview is a good insight into who he is as a performer and as a person. We had a common interest in the comedy of George Carlin and Bill Hicks. Speaking of comedy, I enjoyed his witty punchlines though out. I was happy to find out that he was into anime. I wasn’t expecting to go into manga but I was happy to indulge. He certainly wasn’t expecting me to bring up L’Unkles Boink and the Flaming Lips in the interview. All in all, I had a great time interviewing him. If you are at the Michigan Renaissance Festival or Theatre Bizarre, check out his performances. 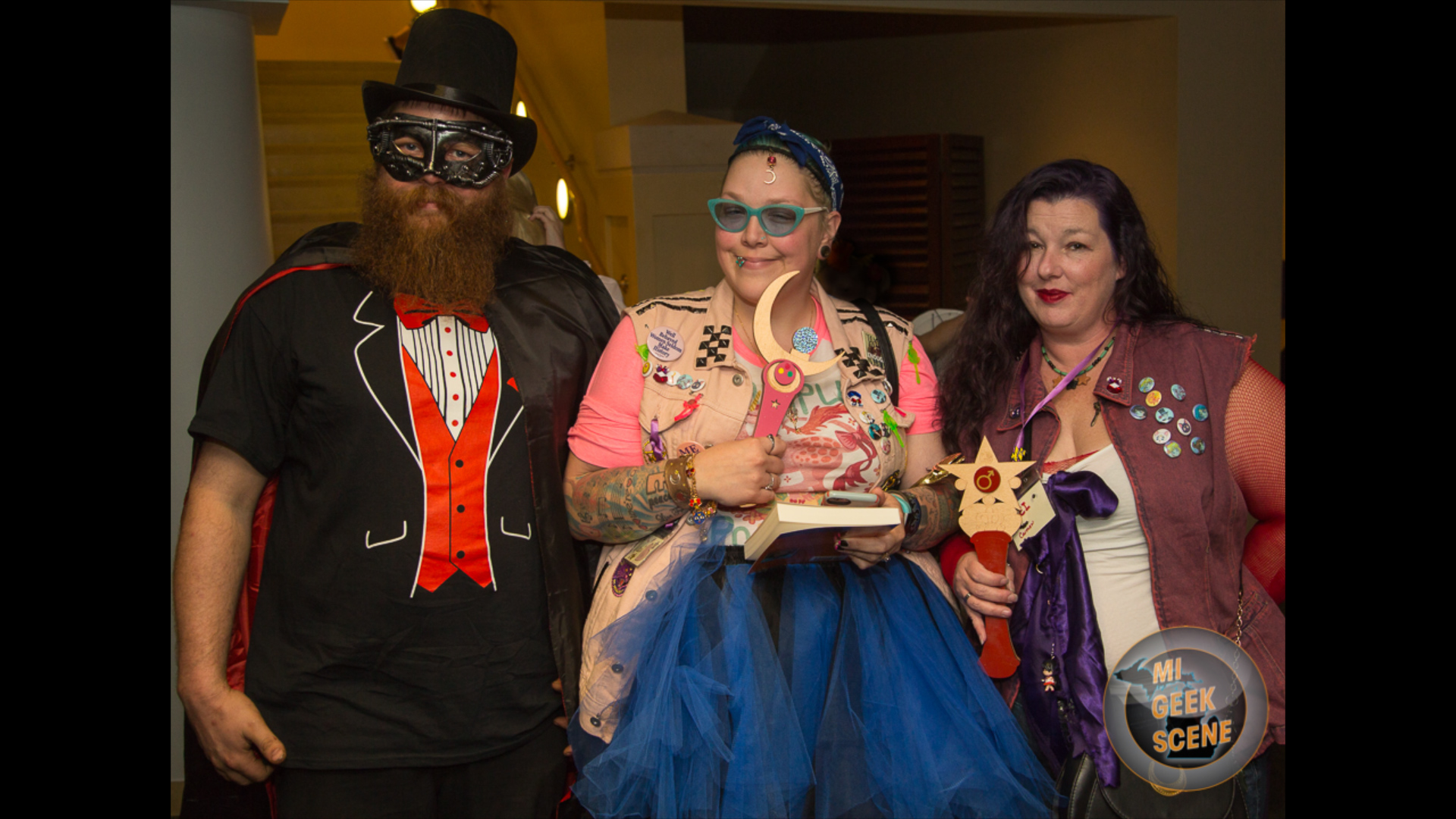 I’m extremely happy with how the photos came out in this album. I’ve come quite a way as a photographer over the years. Trying to shoot in the dark environment is usually a nightmare for me. Since I switched to a better camera and combined it with a low light lens, I have no complaints. This album compared to years past is way better.

This was the first time in years that I bought a painting. I don’t know the name of the painting but it resonated with me the moment I saw it. I love the lone figure standing at the edge of cliff with the orange moon in the background. It reminded me of a particular scene from Portal’s Curtain video. I proudly have this hanging in my living room.

Look out for the upcoming final article in the Year in Review series. I cover the Grand Rapids Comic Con as my season finale for the year.