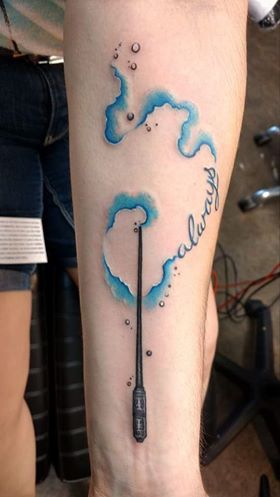 My tattoo means to me, a man that was braver then any other. Who gave his whole life, to protect a child  that had no one. That he and his sacrifices will always be remembered, and never forgotten.

It is the Deathly Hallows with the doe patronus. I grew up with HP and they always transported me to another time and place and still do as an adult. The characters in the novels are flawed, yet heroes, much like the people and friends we meet in real life. And also like in real life, there isn’t one hero, but many working together that gets us through the darkness in each of our struggles.

“It’s from a story called “the Wolves of St August” in which Hellboy meets William Grennier who (spoiler alert) turns out to be a big ass werewolf.  I love my tattoo bc for me it’s Hellboy distilled down to his purest essence; fighting monsters to protect others regardless of his true heritage.  I have also always enjoyed Mignola’s striking style of minimalism.  Plus, Hellboy beating the sh** out of a giant werewolf with a crucifix just looks f***ing cool. 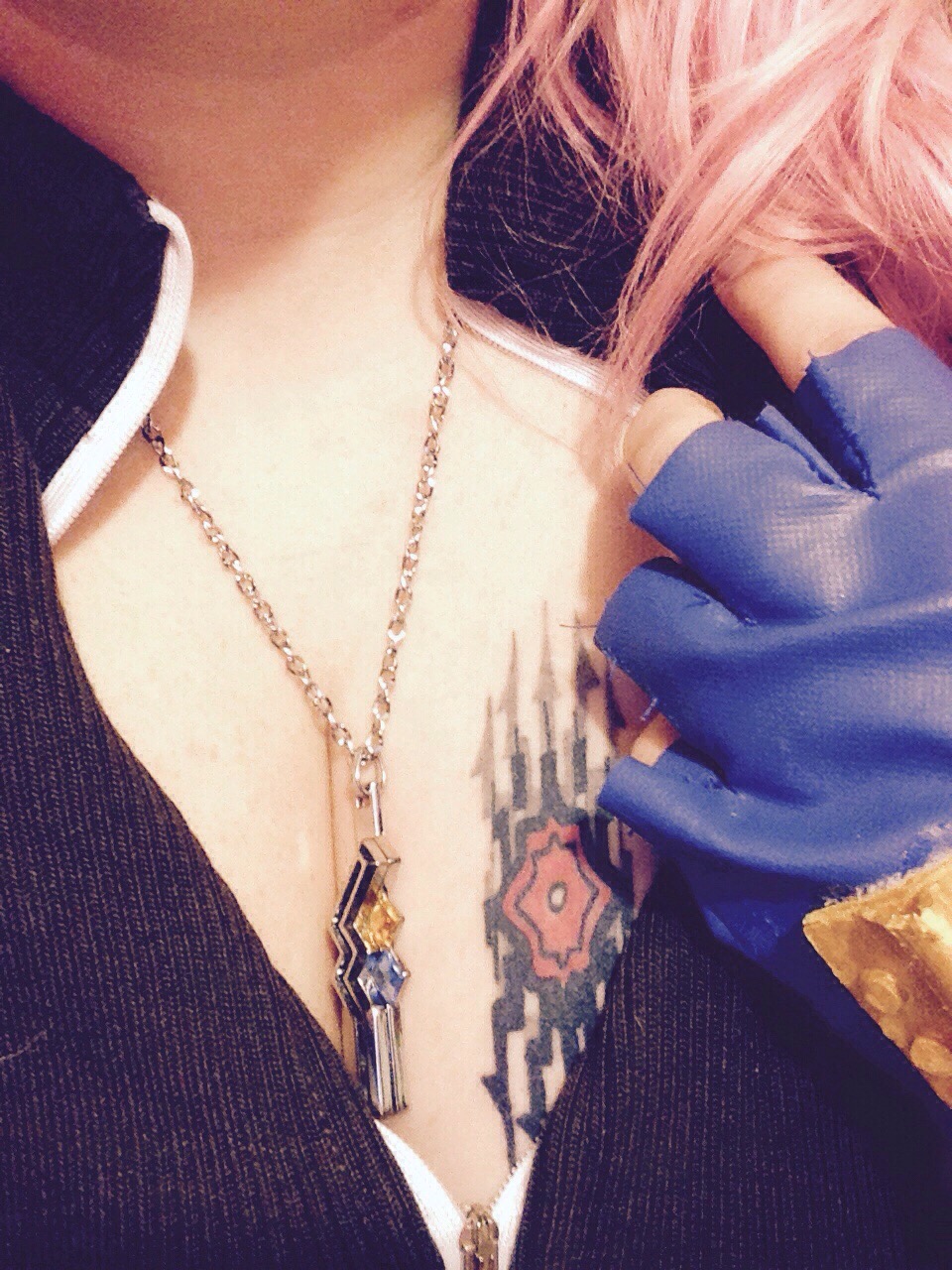 My final fantasy one has a lot of meaning behind it. It’s a L’Cie brand that Lightning has (exact spot I have it). Lightning is a character I cosplay. Since cosplaying her, she has given me strength, confidence and happiness. She has brought me closer to friends and is like a role model to me.

My Harry Potter tattoo. Small but a powerful
Meaning. The. Harry Potter books is what started it all. Everything in those books you can take something from and relate it to life. The bonds i have with my other potter fan friends is indescribable.