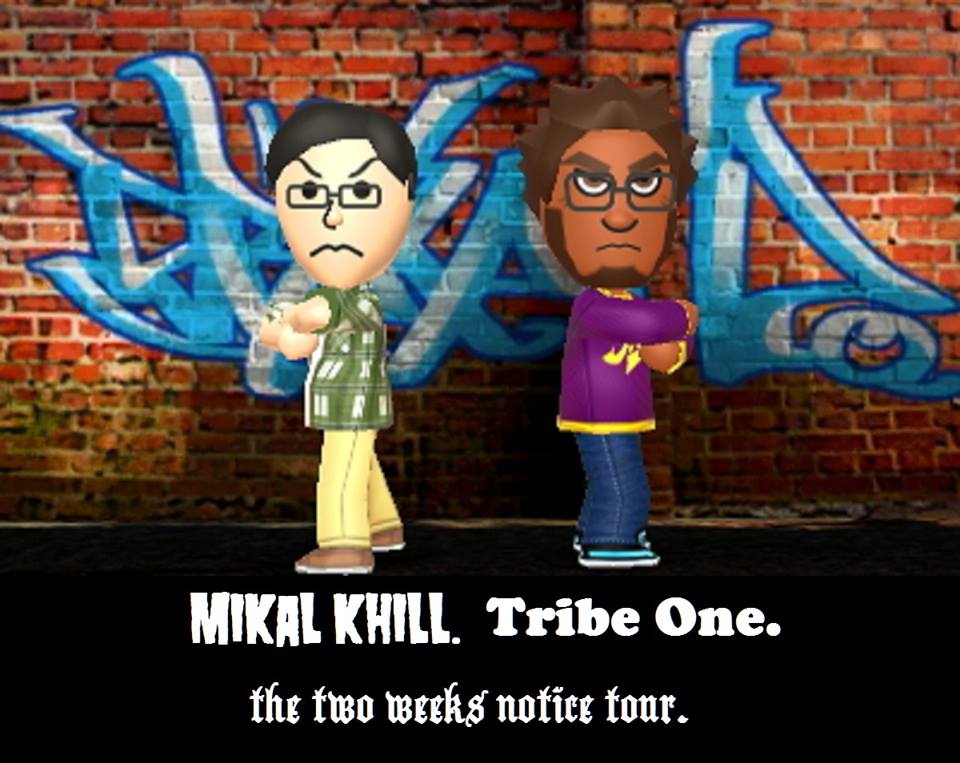 Mikal kHill is an emcee, producer and multi-instrumentalist from Charlotte, NC. He is the founding member of The ThoughtCriminals, as well as the co-creator of the Browncoats Mixtape and Syltherin House Mixtape with Adam WarRock. He has performed countless shows all over the United States with artists as varied as Ceschi Ramos, MC Frontalot, Louis Logic, Random, Tribe One, Astronautalis, Sole, Awol One, Schaffer the Darklord and more. Described as “the Elliott Smith of nerdcore” by Z of Wired’s GeekDad, his music is engaging and emotionally resonant, walking the line between progressive hiphop and nerdcore with musical competence and style.

Tribe One is a rapper from Atlanta, Georgia who writes smart, personal and emotional songs about things like comic books and video games. He’s a bit of a nerd and he knows it. Revels in it, in fact. Having worked as a public librarian for eight years before making the jump to rapping full time, he is acutely aware that he is on something of a non-traditional path to rap stardom. But it’s exactly this nonchalance when it comes to fitting into the hip hop mainstream that allows Tribe One to be the engaging performer that he is. Able to switch from lightning fast speed raps to heartstring tugging storytelling at the drop of a hat, Tribe One has devastated audiences all over the country on tours with mc chris, MC Lars, Ceschi, Louis Logic, Adam WarRock and Mega Ran among others.