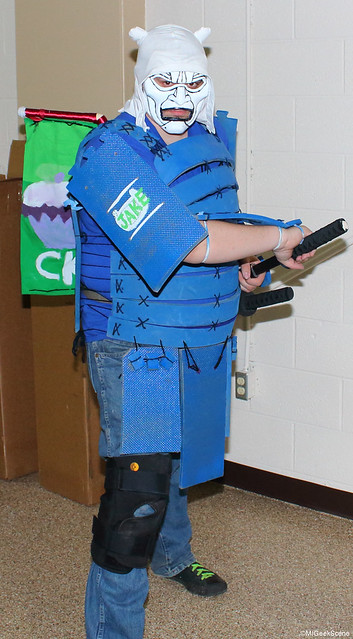 Cadillac Pop Culture Con was a small sized event. It was not difficult to navigate when accessing the artists and vendors in the spacious setting. There was a villain spin on the maid cafe. Poison Ivy, Harley Quinn, Deadpool (???) and Freddy Krueger would serve you treats, coffee and tea. I would not recommend taking Chamomile from Freddy at all. This event marked the first time I started doing video interviews by myself and using an external flash on my camera. What a learning experience that was.  For those interested in checking out what a pop culture con is like without being overwhelmed by the massive behemoth conventions like the Motor City and Grand Rapids comic cons, this would be a good start. 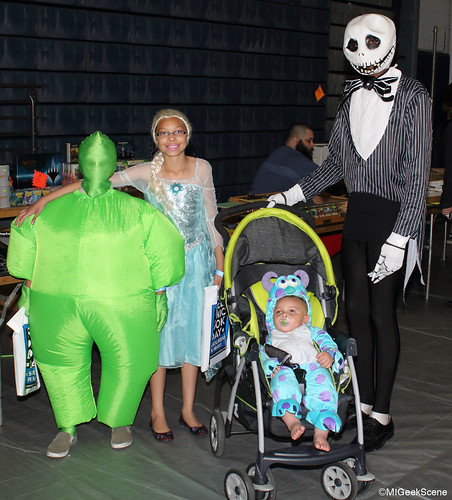 Capitol City Comic Con, held outside of Lansing, was another small sized event held in Haslett. During the cosplay contest, I was impressed by how the judges pulled each contestant on stage and told them why they liked their costumes. Author and Screen Writer Rick Chambers, screened his episode (Mind Sifter) for Star Trek New Voyages in the auditorium. I have always been a fan of viewings in auditoriums because it feels like you are in a movie theater.They made the mistake of holding their convention on Free Comic Book Day, which I am sure killed all hopes of having a high turnout for a first year event. From the looks of it, they learned from their mistake because they will hold the event in the fall in 2016. This was a pleasant event. 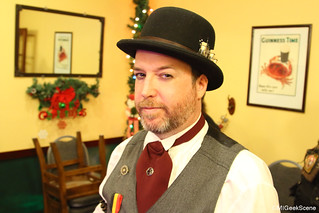 I decided to place all of their events under one heading for this entry. The Steampunk collective based out of Lansing, Capitol Steam holds fun gatherings at Kelly’s in Lansing. The first time encountered this group was during the Sue Peel’s Mad Hatters Steampunk Celebration, which raised food for the Greater Lansing Food Bank. Certainly, there an abundance of unique hats worn by all. Captain Nemo’s Lounge event was nautical themed. The Middle Eastern dance group, the Habibi Dancers performed. Van Helsteam’s Monster Bash was a post Halloween themed event with music provided by steampunk DJ Van Helsteam. The Apparition Apprehenders displayed a unique steampunk variation on the Ghostbuster universe. I can not say I have seen a steampunk Stay Puft Marshmallow Man before.  Capitol Steam is by far one of the most welcoming groups I have ever had the pleasure of meeting. If you can, take the time to make it out to one of their events for a night of music and conviviality. 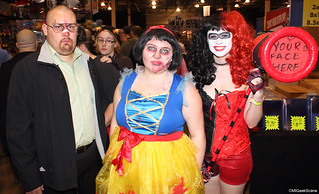 I was only able to attend this long running convention for one day. To say that Motor City Comic Con was big would be an understatement. The Suburban Collection Showplace due to it’s size was a fitting place to hold this massive event.  So much to see and take in. There were two separate lines to get into the venue, one for ticket holders and one for people waiting to hold tickets. However, you had to find out the correct one by word of mouth since there were no clear signs to indicate which was which. I plan on attending all three days next year to fully experience the longest running Comic Con in Michigan. 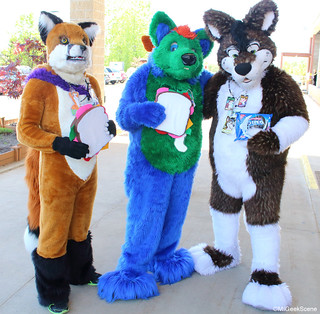 The Great Lakes Fur Con marked my first visit to a furry convention. With what I experienced at this event, I do not understand why the furry community receives flack. At no point did I see any of the deviancy that the media likes to paint the furry community with. This event was about as family friendly as you can get. I enjoyed all of the costumes through out this event. It clearly takes talent to build these costumes and create the fursonas behind them. This small convention is worth checking out for the curious minded folk out there. 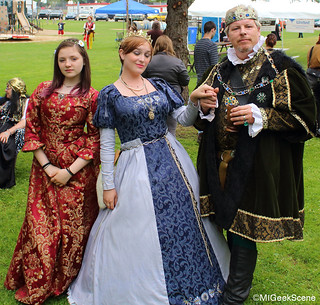 This was the very first Renaissance Faire I have ever attended. Morley Park was nice venue for this small event. I met many faces that I would see numerous times throughout the various Ren Faire circles throughout Michigan such as Queen Victoria, Bell Book and Canto and Swords of Valour. First time I tried a turkey leg as well. Those things have a lot of tendons to work through. I enjoyed the underlying story of treachery of relatives who wanted to usurp the throne from Queen Victoria. Kudos to the performers throughout the weekend. This was a great event to introduce me to what was to come with the Ren Faire scene in Michigan.

These blurbs are meant to be a series of thoughts instead of full sized reviews. Stay tuned for the Summer edition.