Annual anime convention Shuto Con returned to the Lansing Center during St. Patrick’s Day weekend. Instead of magical leprechauns, magical girls were everywhere. How did my third visit to Shuto Con stack up to last year? Was it magical? Cheesy pun aside, let’s find out.

As previously alluded to, the 2017 theme was Magical Girls. Lucky Squid Studios provided the cool artwork for the badges, programs and t-shirts. The Magical Girl theme certainly applied to the voice acting guests, as well. Linda Ballantyne (Serenity) and Toby Proctor (Darien), from the classic Sailor Moon series, were on hand to meet fans. From the deceptively dark Madoka Magica series, Christine Marie Cabanos, Cassandra Lee Morris and Lauren Landa were involved in panels throughout the weekend. Carrie Keranen and Erica Mendez represented Kill la Kill, which was an interesting spin on the magical school girl genre and scissors. All in all, the immersion into the theme was impressive. Fun Fact: The Radisson Hotel room key cards were custom made with the Magical Girl themed artwork too. 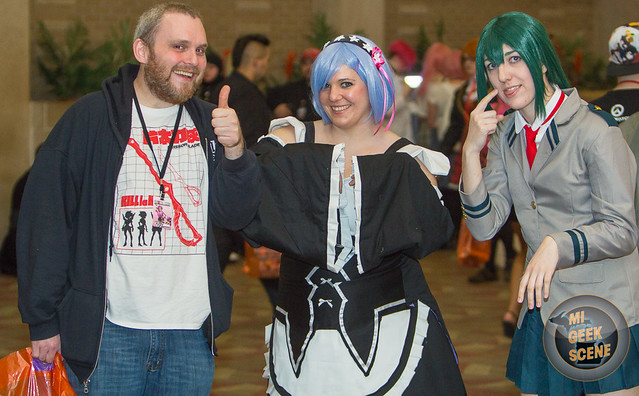 The Gaming area and Live Events section switched places this year. The Gaming area was given more space in the large room positioned next to the Main Events section. This allowed for numerous additions to the impressive gaming area. This new setup eliminated the loud volume of the Live Events drowning out guest panels in the Main Events room. I attended numerous concerts on Friday and Saturday in the Live Events room. Initially, I thought that the new location of the Live Events would have caused crowding issues with the Electronic Dances. I will admit that I was wrong and it worked out just fine. These revisions to the convention setup were welcomed additions that remedied a few hiccups from last year. 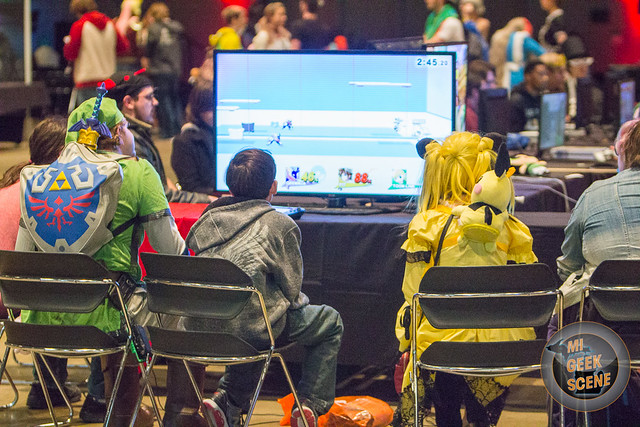 Once again, the gaming section was quite impressive. The gaming area was supplied by Dead State Pavilion, Kdog’s Arcade and Tokyo Attack. Local gaming studio, S.I.N Studios were demoing the Tuebor demo. Virtual Reality was a new addition to the gaming room this year. On a personal gaming level, I finally had another crack at the Japanese arcade game, Super Table Flip. Having a better understanding this time around, I was able to successfully flip the onscreen table with the desired destructive results that I wanted. For the curious out there, I decided to be a ghost having revenge on the disrespectful attendees at my funeral. It’s not everyday that you have the option of flipping your own casket. 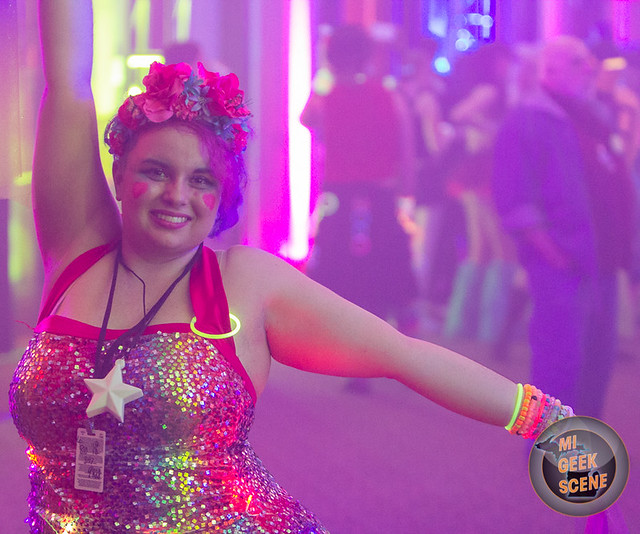 Speaking of Live Events, the musical lineup was stacked. I was quite impressed with the number of acts present this year. If you wanted video game music, Arc Impulse, Super Guitar Bros, Knight of the Round and Bit Brigade were there to fill in that need. Wanted nerdcore hip hop? 2d6 and Duane and Brando had you covered. Witty video game parody lyricist and youtube star brentalfloss was an artist that I looked forward to checking out. During his set, he collaborated with the audience to create a mad lib version of Let It Go, from Frozen. Suffice to say it made no sense, but it was amusing. Guest Ian Sinclair coined Professor ShyGuy as the chiptunes Justin Timberlake. I would agree with him on that. His cover of Tool’s 46 and 2 was enough to warrant an on the spot purchase from me. Mystery Skulls visited Shuto Con this year. This singing DJ performed two sets throughout the weekend. Vinh Vuh, Marson and Ben Briggs kept the crowd moving during the electronic dances on Friday and Saturday. I am interested to see how the lineup for next year will compare to the rad lineup of 2017. 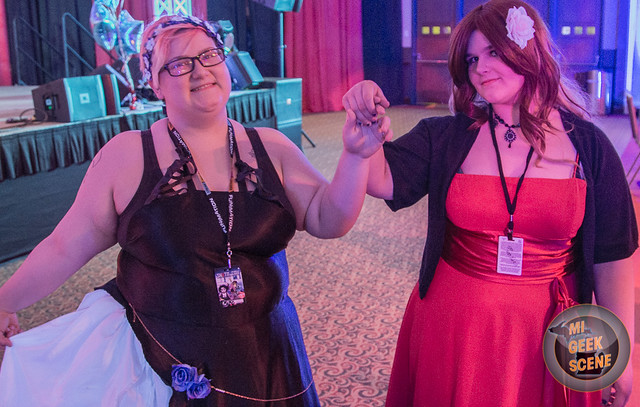 The Charity Ball marked a new event for Shuto Con this year. Attendees were encouraged to dress up for the ball. Andrew (piano) and Chris (violin), of Arc Impulse, performed music while people danced. I enjoyed their rendition of Tifa’s Theme from Final Fantasy VII. Silent auctions were held for various items, such as jewelry, plushies, wall scrolls and art. All proceeds were collected for Ele’s Place, which supports children and teens who are coping with the death of someone close to them. I hope this event returns next year. 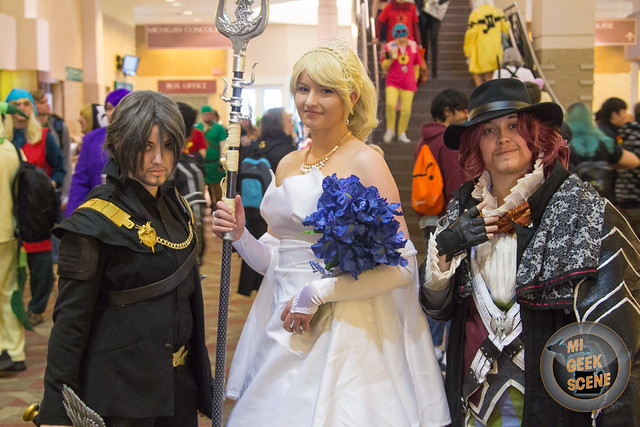 Every event that I attend, I look forward to seeing what creative ideas that the cosplayers bring to the table. This year, they did not disappoint. Each year, I get a glimpse into what is popular amongst the fans. Team Skull members (Pokemon) infiltrated the Lansing Center. Overwatch heroes were everywhere. Final Fantasy XV has entrenched itself into the cosplay community. I would be remiss if I neglected to mention that Magical Girls were prominent throughout the weekend. Sailor scouts were punishing wrongdoers in the name of the moon. Ok. That didn’t really happen but there were a lot of sailor scouts at the Lansing Center. 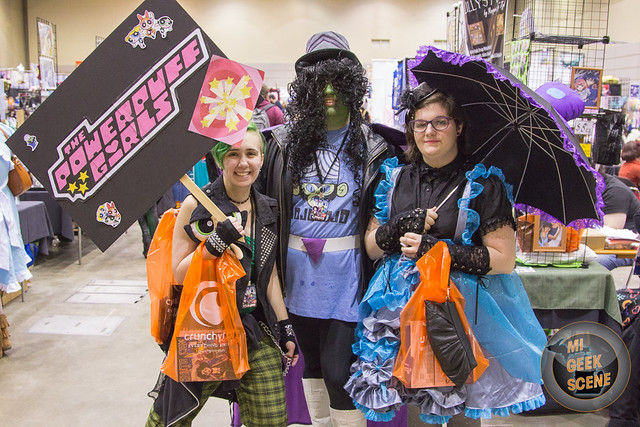 While I enjoy every cosplay I come across, original, unique or obscure costumes catch my eye. The Gastly Guy combined the eerie namesake pokemon with Reaper, of Overwatch, for a unique amalgamation. The Wolfe sisters were quite regal as Jareth and Sarah, from Labyrinth. I was thoroughly impressed with how quick a cosplayer completed their rendition of 2b considering that the Nier Automata game released in late February. I was not expecting to run into the obscure Marvel character, Mantis. Two Nameless Ghouls (Ghost) appeared in the vendor area. Sadly, Papa Emeritus III couldn’t make it. Everyone did a good job as usual.

Random events that unify people through fun are what I like stumbling into at conventions. A group of con goers sang Queen’s Bohemian Rhapsody. Psst, I sang along because that song is awesome. I encountered a group of 20 attendees doing a flash mob Cha Cha Slide in the hallway in the evening. A few of the attendees told me that they were doing it as a form of protest against the policy of prohibiting hallway dance groups (unless they are performing in a designated performance area with express permission). The policy was in place to prevent crowding in the hallways. I can understand why the rule was implemented but it’s not everyday that you see a person in a kigurumi dancing with Tank Girl. 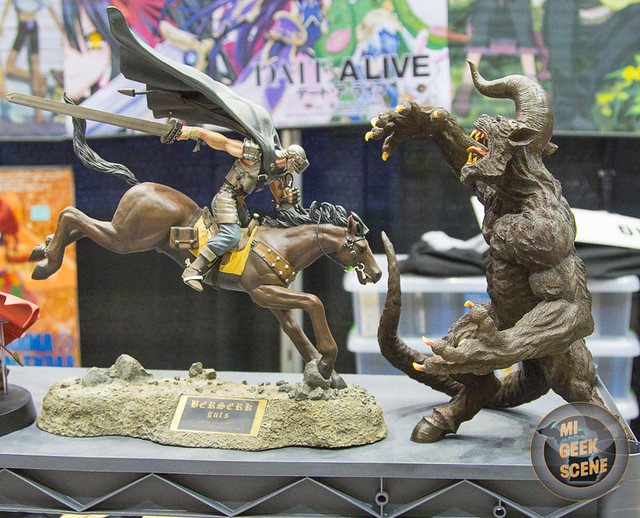 Considering the complaints regarding the Lansing Center’s security team from last year, I was expecting improvement. Improvement did not come to fruition. The center’s security team were hit or miss towards the con goers. I personally witnessed a security guard raise her voice towards a group of attendees. While the voice was stern, I did sense an annoyed temperament in the security guard as she was asking to see their badges as they passed her by. Security zip-tied a camera tripod, from a fellow photographer, because they considered it to be a potential weapon. I am baffled by the flawed illogical reasoning behind that decision. Last time I checked, photographers generally will not use their expensive equipment as a way to bludgeon people during a photo shoot. Considering they use said expensive equipment as a means for income, it would be rather counterproductive. On a personal level, every guard that I encountered was nice to me. I witnessed one singing along, with a group of attendees, to Bohemian Rhapsody as well. I guess it depends on the individual you ran into. Be that as it may, security needs a positive retooling for 2018. In addition, I did not have any issues with the Shuto Con Staff Security. They were accommodating and professional. 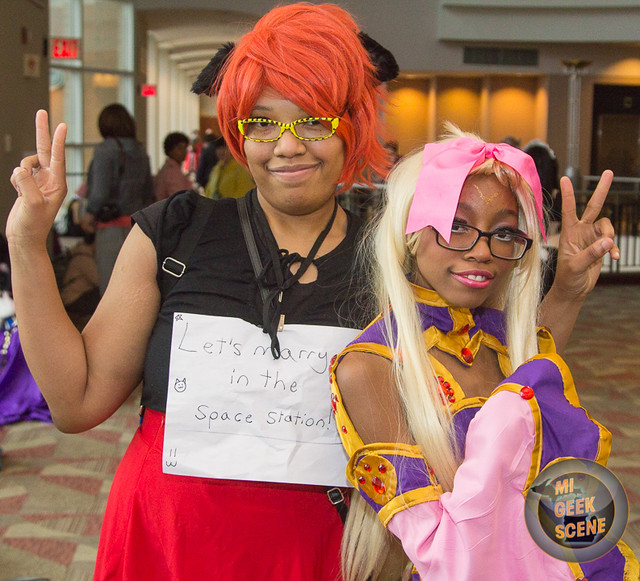 Overall, Shuto Con was the same as last year and that is not a bad thing. I enjoyed my time there and I can see myself attending again next year. I do hope that the issues with security will be ironed out. Shuto Con is certainly an event to keep an eye out for in Lansing each year. 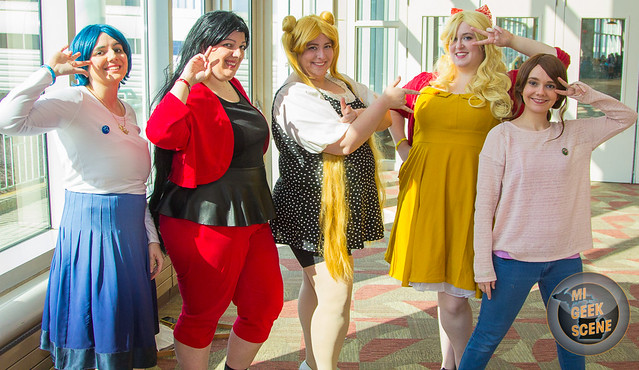