Initially, my plans for a review of the Midwest Media Expo (MMX) were set. I was going to compare this year’s event to last year’s event. However, those plans came crashing down when MMX was cancelled three days prior to the big day. I found out about the cancellation of MMX on Tuesday evening and the shock of the cancellation didn’t hit me until Wednesday morning. To say I was bummed out by the cancellation of Midwest Media Expo would be an understatement. Most people encounter post con depression. I had pre-con depression. I had done over 30 hours of research on the 6 guests I was hoping to interview. When I found out that the event was cancelled, I felt that all of my work, for what I hoped to be awesome interviews, was washed down the drain. While I resigned myself to joining fellow attendees in wallowing over the loss of MMX, an unexpected turn for the better occurred. On Wednesday, the staff of MMX announced that they were putting on a weekend event for the fans. Out of the ashes of Midwest Media Expo’s cancellation, a baby phoenix in the form of a free fan appreciation event called NotCon appeared. 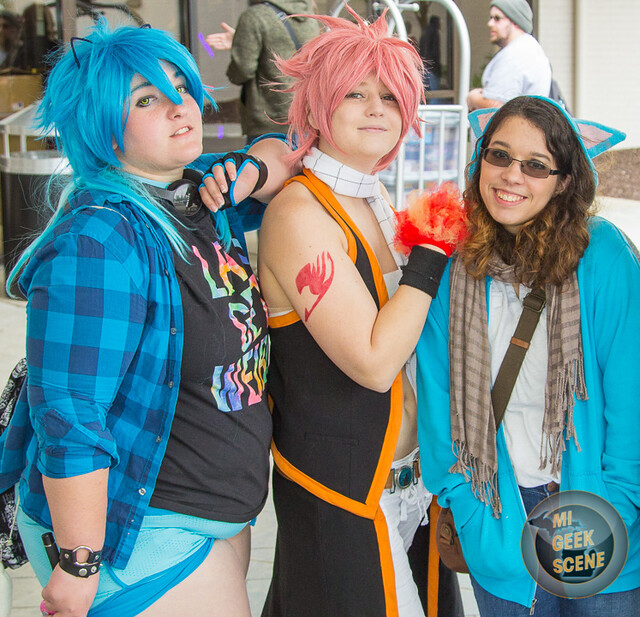 To keep in line with the fire theme, the embers of NotCon began glowing when Jon St John, David Eddings and Bryan Massey decided to travel to Detroit in the wake of the MMX cancellation. Considering the fan interest in hanging out with the guests, the organizers fanned the flames of creativity and organized a free fan appreciation event within 36 hours after the dissolution of the 2017 Midwest Media Expo. That is incredibly impressive. The organizers could have easily called it a day and regroup for next year. Thankfully, that was not the case. 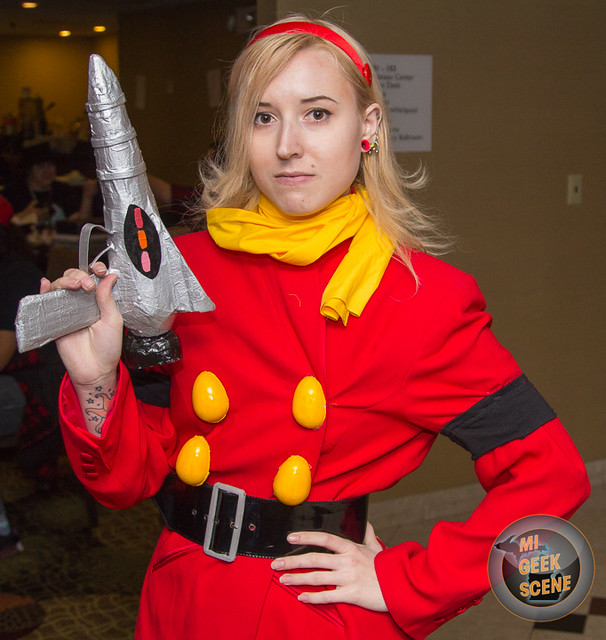 NotCon was held at a Radisson hotel in Farmington Hills instead of the Edward Village in Dearborn. The event was confined to the hotel lobby, the lounge area and the ballroom. Tokyo Attack provided arcade gaming in the front lobby while Dead State Pavilion provided console gaming in room 261 upstairs. A few select vendors and artists were selling the wares in the lobby and lounge area. The Tabletop Gaming Library provided gaming in the ballroom on Saturday for five hours. Panels and autographs sessions with Jon St. John, David Eddings and Bryan Massey were also held in the ballroom throughout the weekend. The amount of things available for fans to experience (for free) was amazing. For those who pre-registered for the Midwest Media Expo, the musical entertainment was free. For everyone else, an entry fee awaited them. $5 for the dances were a fair price and the concerts ranged from $10 to $20 depending on the artist. 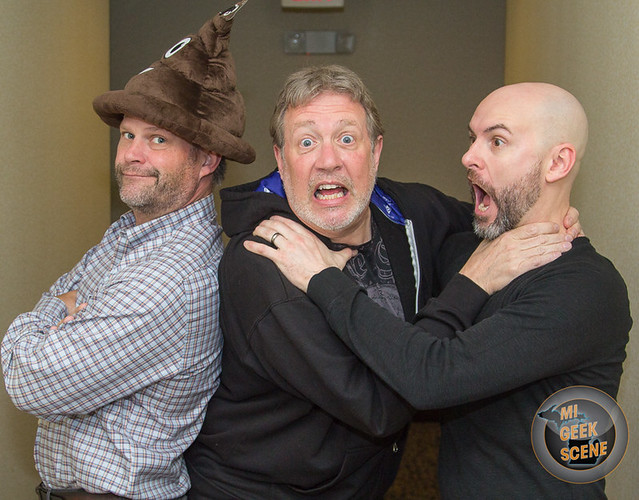 The organizers were booking events on the fly during the weekend. Panels based on Rick and Morty, Persona and the Teenage Mutant Ninja Turtles were added. The social media team behind NotCon did an excellent job of keeping people informed throughout the event. Originally, there was one scheduled autograph session with Jon St. John, David Eddings and Bryan Massey on Friday. However, two more were added on Saturday and Sunday. A Saturday night pool party (with live music) was organized by a few attendees. On Sunday, a NotCosplay Contest occurred with the audience members playing the role of judge. As usual, everyone wore awesome costumes. The winner of the contest received a free pass to Youmacon. 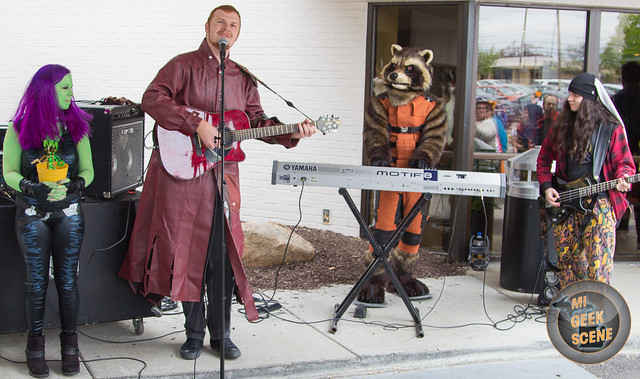 NotCon attendees were not without musical entertainment for the weekend. On Friday night, nerdcore rapper mc chris rapped about candy, a corvette for Boba Fett and pizza butts. I can’t make that up if tried. On Saturday, Fox and Pepper performed during the afternoon for an impromptu show(while dressed as the Guardians of the Galaxy) and later in the evening for the official concert. On both nights, talented multi-instrumentalist Mindful Dynasty performed funky groove laden tracks for the crowds. 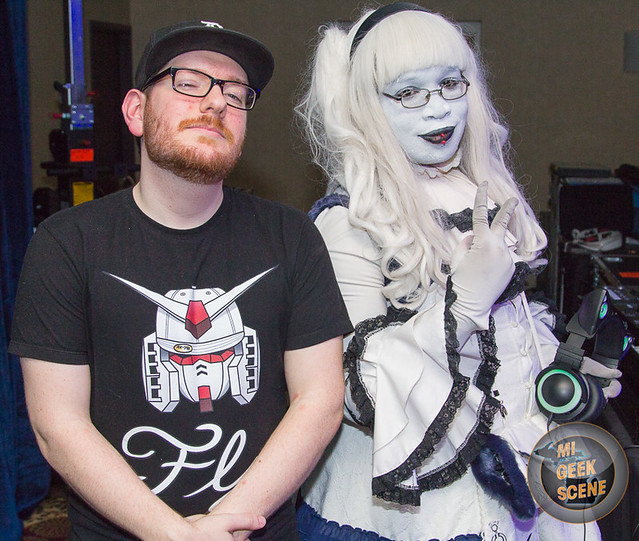 For those who wanted to dance early into the morning, NotCon was not short of DJs creating music to lose yourself into. Clone Bobalon, from Wesley and the Crushers, incorporated many geek related themes into his set. Always a pleasure to watch him perform. DJ Riku Namako mixed in Vampire Killer (from the Castlevania series) and the main theme from the Legend of Zelda into their sets. I was a fan of their set from the 2016 Midwest Media Expo and I was glad to see her return for Notcon. I geeked out when DJ RX-78 mixed in songs from anime series Cowboy Bebop and Samurai Champloo. When your name is based on a Gundam model, I’m not too surprised when you incorporate these memorable themes into your set. I was shocked to see Adinga walk on stage on Saturday night because I had no idea that he was supposed to appear. This DJ really impressed me at Youmacon while I heard him perform in the background. His set for NotCon didn’t disappoint. 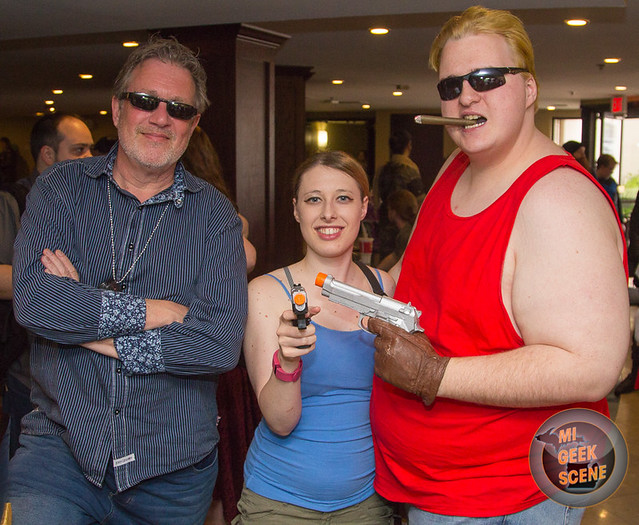 The guests were hanging out with the fans all throughout the weekend. Jon St. John made the time to do a guest appearance on a fan’s Let’s Play channel while they were playing Duke Nukem 3D. I witnessed a friend talking with David Eddings as they recalled a story about a panel he conducted where he asked her onstage because of her Borderlands cosplay. Bryan Massey was talking with anyone and everyone on Sunday. There were no ropes separating the fans from the guests. Everyone hung out. I wish this would happen more at conventions and events. 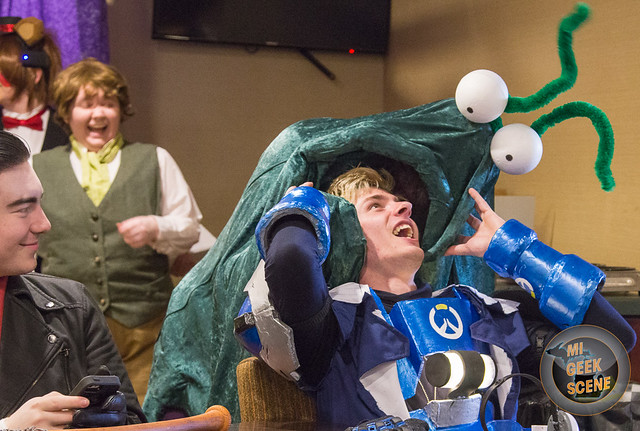 NotCon was by far an extremely relaxing and laid back “convention”. It was refreshing to leisurely take my time without worrying about being on time for the next attraction to cover at a convention. There was no need to hurry anywhere. I engaged in lengthy conversations with fellow attendees, friends, and Jon St. John as well. I witnessed a Radisson employee playing Street Fighter V with an attendee. For the record, the employee’s Akuma beat the attendee’s Ryu in the match. Being able to sit down at an event is not something I get to engage in that often (besides eating and attending panels, of course). Considering that I am usually on the run at events, being able to “take it easy” was a welcome change of pace. 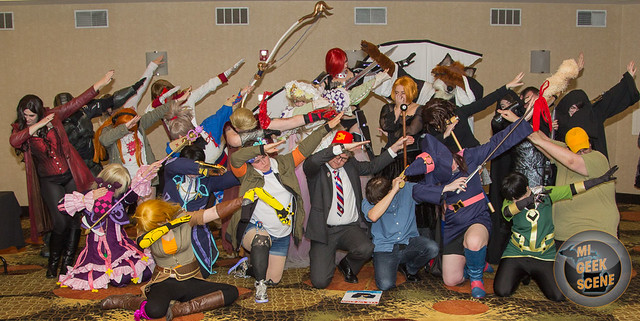 While at conventions, I converse with many people during the course of the event and I get a good idea about how people feel about said convention. At no point during NotCon, did I hear any complaints. I usually expect some degree of nitpicking but there was none to be found. Everyone I encountered was enjoying their time at this event. I guess I will be that guy who has to throw out a nitpick. The only complaint I had about NotCon was the cold temperature and blah weather over the weekend. I felt that warm and sunny days would have enhanced the event. Even though it was the tail end of April, Michigan will do whatever it pleases when it comes to weather and temps. Thankfully, it wasn’t terrible to the point that it ruined the fun experience.

I don’t know what the future of the Midwest Media Expo holds. I hope it comes back because I feel there is a need for an event that celebrates a western animation and media. I found out that quite a few of the guests that cancelled will appear at Youmacon 2017. If this happens to be the end of MMX, NotCon was a fitting goodbye. Morgan Kollin, Beyond Talent, Dead State Pavilion, Tokyo Attack, Complete Production Systems, Tabletop Gaming Library and the staff of the Radisson hotel deserve a round of applause for creating a memorable event out of nowhere when things were dim. Instead of grieving over the expo that never happened, I can walk away smiling over the (not) convention that did happen. 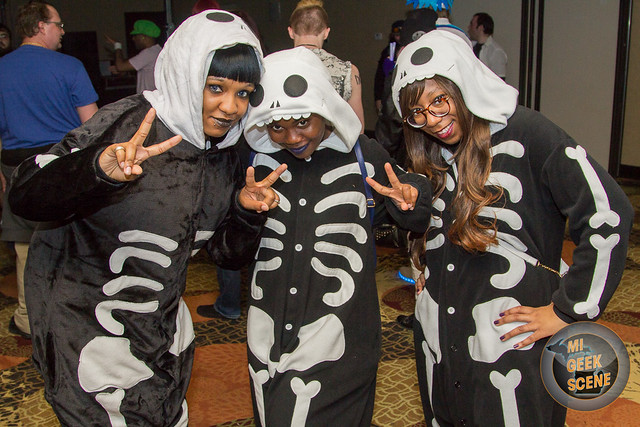 What were your thoughts on NotCon?