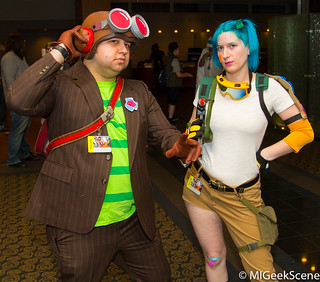 2016 marked my first time visiting Midwest Media Expo. This event was organized by the same people who run the biggest anime con in Michigan called Youmacon. Not to be too Orwellian but Youmacon is literally the big brother event to Midwest Media Expo (MMX). MMX is a convention that focuses on non-anime media such as animation (cartoons), writing, video games and the internet. The guests this year were comprised of voice actors, writers and cosplayers. MMX was a nice convention for new people to get their feet wet at due to it’s size. Free autographs from the guests is always a welcome change compared to the often exorbitant fees found at other conventions. Since this was a media expo instead of an anime con, there were no series or movies screening all day. All in all, Midwest Media Expo was nice mix of elements from both anime and comic conventions. 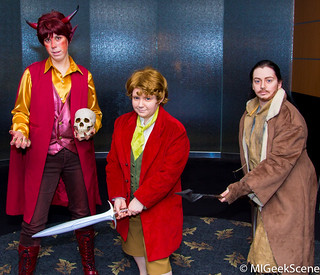 The con was held at the Edward Village, formerly known as the Royal Dearborn Hotel. I enjoyed the centralized location of the con being contained to one building. I had no issues finding events due to the layout of the convention. It would take ten minutes or less to travel at a leisure pace from one location to the next at this event. All of the panel rooms and autograph sessions were held on the second floor. Thankfully, there were no issues with attempting to catch an elevator. The artist alley was located right next to the video game room which garnered traffic between both areas. The options for gaming whether table or video were conveniently right next to each other as well.  The gaming area was located next to the video game room. The main issue with the layout for MMX was the con-share/media guest room that was nestled between the dealer room and the main events room. Unless people were on their way to a panel, I don’t believe that room had much foot traffic. It was a spacious room but I don’t feel that the location was as effective as it could have been to bringing attention to the people stationed there. 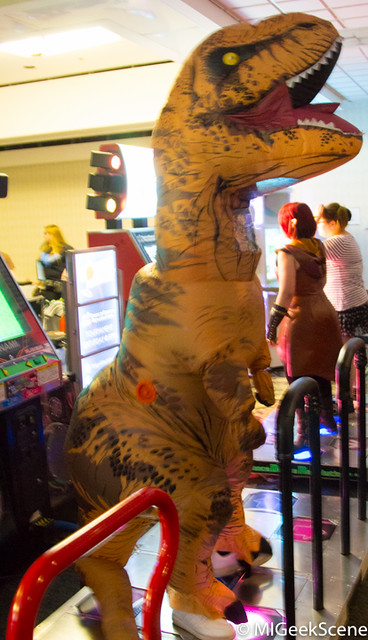 The game room hosted by Dead State Pavilion and Tokyo Attack. These two groups create an awesome game room featuring arcade, console and PC gaming. The roster of games available to play included Street Fighter V, Dengeki Bunko: Fighting Climax, Future Tom Tom, DDR Extreme, Marvel Vs Capcom 3, Under Night In-Birth, DOA 5, Aquapazza and many more. Two games stood out to me. jubeat (yes, it is stylized that way) was a rhythm game that featured a cubical playing pad with sixteen squares that you would have to hit in time with the song. The other was a game that went by the name of Cho Chabudai Gaeshi! (Super Table-Flip!). For once, I put the camera down and played this gem where you pound on the table to build a frustration meter to the point where you flip the table for maximum on screen destruction. The slow motion numerous replays were hilarious. The game room should be on the list of things to visit while at MMX. 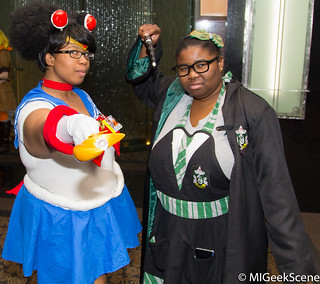 I had the pleasure of interacting with a few of the guests. Billy West, the voice actor from Futurama, Ren and Stimpy and numerous shows was a pleasure to talk to. Plus, I joined in on singing Happy Birthday to him. Billy gave off a vibe of genuine excitement when talking about his characters and his appreciation of his fans. Duke Nukem voice actor Jon St. John was hilarious and a fun going person. He might give you a high five if you present him with bacon jerky. Speaking of St. Johns, Kawaii Besu’s flamboyant costumes hid a shy and quiet demeanor of a sweet person. Fun Fact: Video game writer Chris Avellone enjoys White Chocolate Macadamia Clif Bars. I know this because I had a roughly fifteen minute conversation with him in the press room while waiting for the next guest to arrive for an interview. He mentioned that he was hungry and I offered him a Clif bar but he turned down all the varieties that I had on me except for that flavor because they are his weakness. Every single guest that I met was down to earth and very approachable. There was not a hint of prima donna behavior that I have witnessed, at other events, when fans are not around.

I attended a few panels at MMX. The Loons Behind the Toons featured Billy West, Richard Horvitz (Invader Zim), Jason Marsden (Max from A Goofy Movie) Greg Weisman (Young Justice) and Jeffrey Combs (Transformers Prime) comprised the guests in this educational look behind the scenes of the various shows they were involved in. Basically, it was a Q and A session of the actors and the voice acting business in general. Kyle Hebert and Ryter Rong hosted the Geek Talk panel where the audience was encouraged to talk about their favorite geeky things. I managed to ask them about their favorite cheesy 80s movies. While not geek related in subject, they brought up the upcoming panel in progress about depression and suicide. It is intended to let people know that there is help out there and I commend them for it. To cap off my panel adventures, I did attend the Voice Actors Unfiltered adult panel which was certainly not for kids but the humor was great. 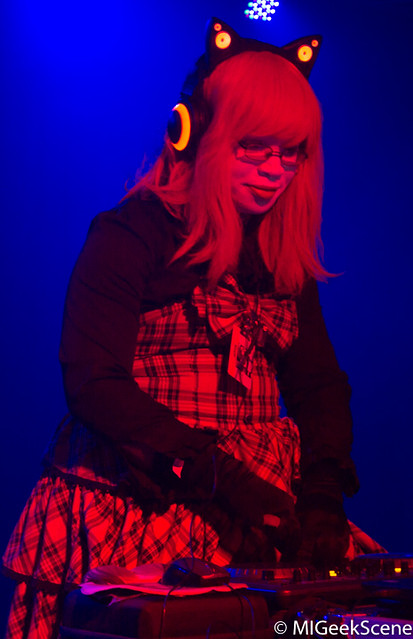 Normally when I am at the electronic dances for these events, the music is just in the background while I am taking photos. This year, I paid attention to the music thanks to DJ Riku Namako. Riku incorporated various geek songs from series such as Legend of Zelda into the set. Massive props must be given for a fun set. On a side note, it was fascinating to learn how DJs blend their songs together with elements to create an endless set. It was interesting to watch the oncoming DJ starting their set at the same time Riku Namako was ending to create a seamless flow without a jarring stop to the music. 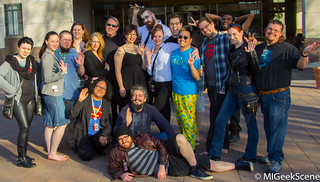 Normally, at the conclusion of a review, I would write a basic summary of the aforementioned material. However, I would be negligent to leave out gratitude for the staff of this event. It seems that staff are often obscured by the guests and the event itself. Of course, everyone remembers a terrible staff member but the good ones are often forgotten because we go on with our daily lives when the event is over. With that being said, I would like to thank Erin, Verneita, Morgan and the rest of the MMX staff for their efforts in running this event. I appreciate you all for having me at the event and I look forward to another Midwest Media Expo in the future. 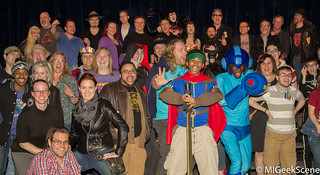