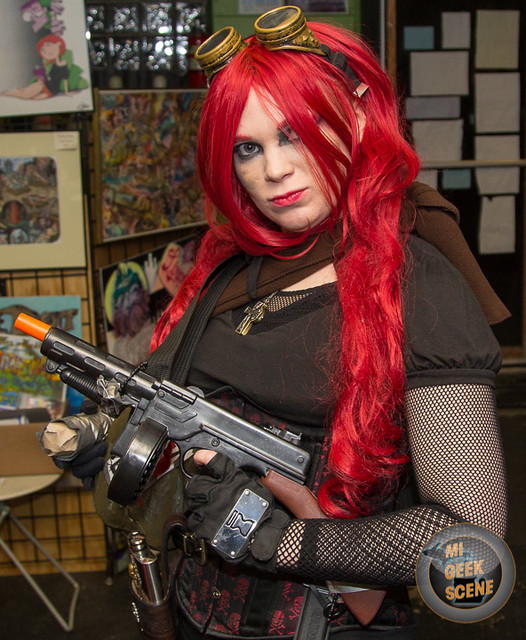 I ventured out to the Phoenix Café, in Hazel Park, for Animanga 2017. From what I initially understood, Animanga was an anime inspired art gallery that featured cosplay and live music. The displayed art, of talented artists, was for sale for anyone interested. I enjoyed the pieces based on Cowboy Bebop, Trigun and Darkstalkers. Live music was provided by The Synth Warehouse. Sadly, the turnout for this event was low. Maybe the cold temperature with a high of 19 degrees was quite the deterrent. The trip was not for naught due to the nice conversations I had over anime with a few folks. I met a cool cosplayer that meshed Gaara (from Naruto) with Steampunk. However, less than two hours later, I set forth for my journey back to Grand Rapids. Enjoy the gallery below. 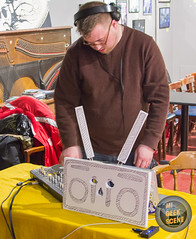 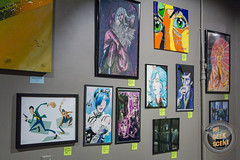 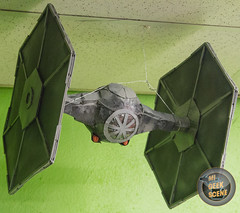 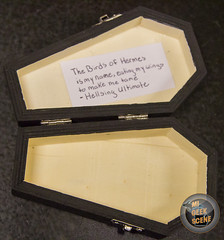 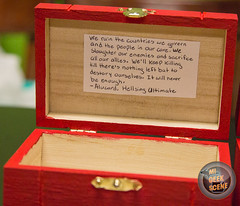 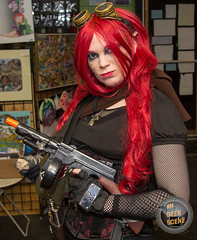 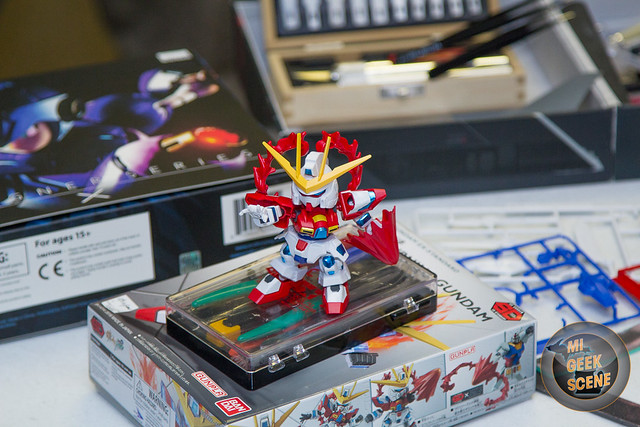 Before I delve into my thoughts on this event, a little background info first. For those not in the know, Gundams are giant robots that originated in an 1979 anime series called Mobile Suit Gundam. From my years of watching anime, I was familiar with Gundams. The Gundam Wing and G Gundam series are located in my DVD library at home. Due to the popularity of the series, a toy franchise was born that included model kits to build. The hobby of building Gundam models is known as Gunpla. Kits come in numerous sizes ranging from 4 to 12 inches assembled. 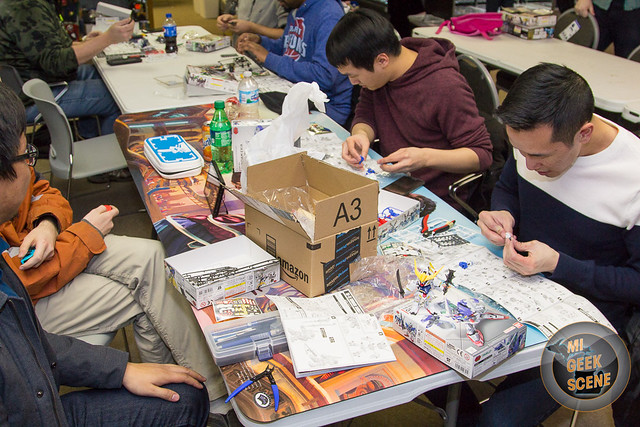 When word of a Gundam building event with free Super Deformed kits reached my ears, I was compelled to check it out. The event was held at Galactic Toys, in Grand Rapids, near the airport. The location was a little difficult to find at first. Once inside, a packed house greeted me. Conspicuously, one individual was missing from this event. Sgt. Frog was nowhere insight hanging out and building a Gundam. I guess he didn’t finish his chores in the Hinata household. Galactic Toys ran out of free kits due to the high turnout of 30 to 40 people. Being out of touch with the franchise, I was blown away by the sheer amount of kits available. To put it lightly, there were over 50 different models to chose from. The serious enthusiasts brought their own tool kits, ripe with clippers and files for sanding down plastic bits. The attention to detail was impressive. While the owners used the event as a means to attract people to the store, they also wanted to create an environment where Gunpla enthusiasts could hang out. 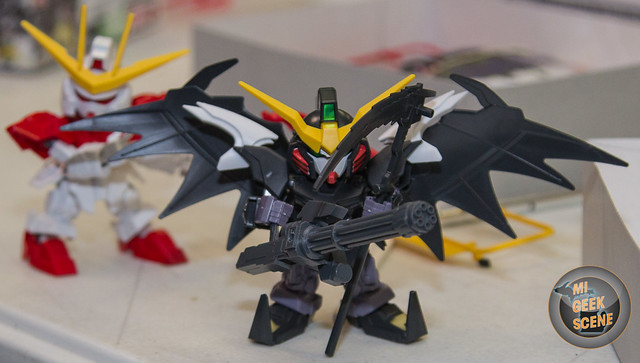 Gundam Wing and G Gundam came up in conversation. When asked what his favorite Gundam was, a patron stated the Burning Gundam from G Gundam. Another stated that the Psycho Zaku, from the Gundam Thunderbolt series, was his favorite. Sensing my unfamiliarity, he pointed the figure out on a shelf behind me. I could not believe how massive and complex Gundams have become. 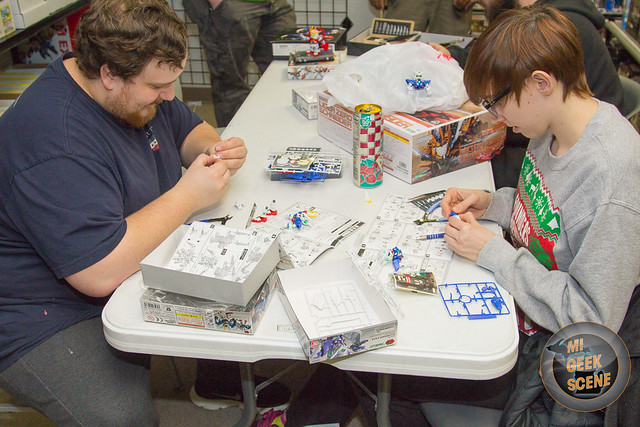 From what I understand, this event will happen more often on a monthly basis. Color me interested. Hopefully, I will be able to try my hands at a kit. I wouldn’t mind working my way up to building a model of my personal favorite Gundam, Deathscythe Hell from Gundam Wing. Good job, Galactic Toys. Good job. 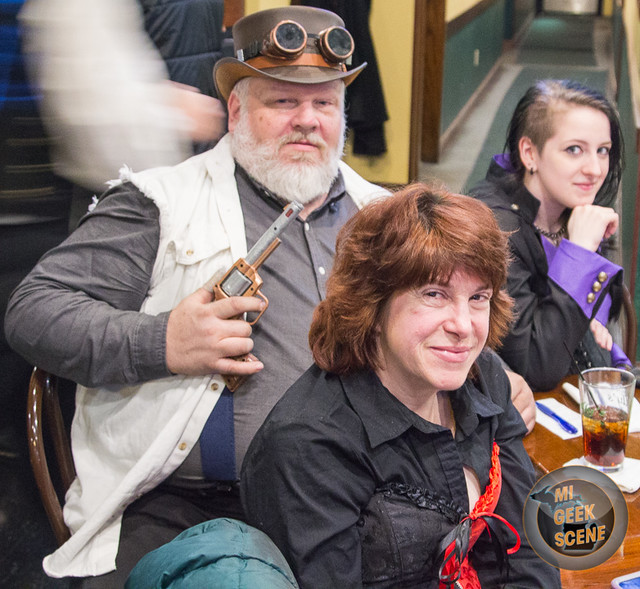 For my third event of the weekend, I headed out to Lansing to visit the steampunk collective Capitol Steam. The group was raising money and non perishable goods for the Greater Lansing Food Bank. Music was provided by various artists throughout the evening.  Every time I’ve visited the Capitol Steam crew, I’m welcomed with open arms. They extend this warm invitation to anyone interested whether you are in steampunk or not. Good Show, Capitol Steam. Good Show.